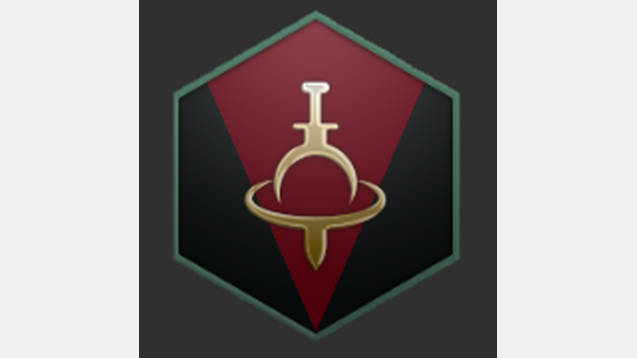 The brief aim of this mod is to throw in additional weapons and defences (plus a rebalance) to the seemingly lackluster varity of Stellaris. This includes “higher” and “wider” research.
With an additional 24+ weapon types on top of vanilla.

Overall:
-Weapon firerates have been halved, in order to reduce effect spam.
-Weapon Damage has been doubled to compensate
-Adds more choices overall and ship compoment tiers have been extended to tier 7. However you can’t draw the starting weapon techs to avoid overflowing the tech system.
-Fighters now get options based on weapon specific research, i.e. pulse lasers unlock Pulse laser fighters.
-Armour penetration values increasing with size has been reduced to +0/+10/+20/+30 for Small/Medium/Large/XLarge
-Tracking values similarly have been changed to 0/-20/-40/-60
-Accuracy values have not been changed overall, but if a weapon goes below 0 tracking due to the above modifier it suffers half the overflow amount as a penatly to accuracy.
-Most large weapons now have to be researched seperately. Research costs have been reduced to weapons effected.
-All weapons have been rebalanced off Lasers.
-A few define values have been changed, such as system size by a factor of 28 (smaller planets, ringworlds, ships and other objects), Ships and strikecraft now appear at a higher and lower height than before.
-Adjusted tech costs to better match the benefit gained from ship compoments, this is intended to reflect vanilla values and nerf the naked corvette.

XL:
-Two new types, Heavy laser arrays, Plasma projectors. The two are an extension from Lasers and Plasma weapons.
-Particle Beams have been repurposed into a shield penetration weapon with low armour penetration. Arc Emitters have been removed.

Missile Weapons:
-Missiles, have been given major buffs, due to hard counters these are now slightly better than other weapons overall. Missile speed has been increased such that only one volley is normally present.
-Shield Breaker Missiles, a new anti-shield option for missiles
-Armour Piercing Missiles, a new anti-armour option for missiles
-High Yield Missiles, Short range option with low tracking for destroying bigger ships.
-Swarmer missiles, Fixed from the PD not targeting swarmer missiles, now has double the fire rate of missiles with double the missile HP but has less tracking and shorter range.

Additional notes: Missile HP now scales with size at 1/2/4/8 for small/medium/Large/XLarge instead of remaining flat.

Strikecraft:
-Now have various types based upon research and the level of research, Plasma accelerators will unlock tier 1 Plasma strike craft and so on. However Strikecraft require both weapon and strikecraft research instead of just the strikecraft research.
-Perform well, fighters are more effective against small targets with the bonus of point defence but bombers are the strikecraft you need to take down larger targets.
-Weapon types that have point defences are seperated from strike craft, so researching Lasers, emitters, Interceptor missiles, mass drivers and flak cannons will not unlock strikecraft.

Defences:
-Armour has been changed in order for it to be extended from tier 5 to tier 7, the armour of each module has been reduced so they tier 5 armour is now tier 7 and scales accordingly.
-To balance armour and shields better, armour now grants a fixed amount of HP:
-Have been extended to 6 types from 2.
-Ablative Armour is a type of armour that swaps all armour for HP.
-Energized Armour is a type that swaps the extra HP for shields.
-Regenerative Shielding has double the shield regen of normal shields, but reduced shield HP
-High capacity Shielding has half the shield regen of normal shields, but increased shield HP
-All shields now allow regenaration by default.

Auxillary Compoments(additions):
-Armour HP and Armour auxillary components have been added, the first multiplies HP and the other multiplies armour.
-Shield extenders have been added, these multiply shield HP
-Auxillary Engines are a evasion boost with a minor max speed increase.
-Weapon Precision modules multiplies the damage shipwide.
-Weapon tracking modules increase the tracking by a small amount.
-Crew teams are a general buff to an area of the ship: Reactor control (multiplies everything by a small amount), Damage control, and Weapon control.