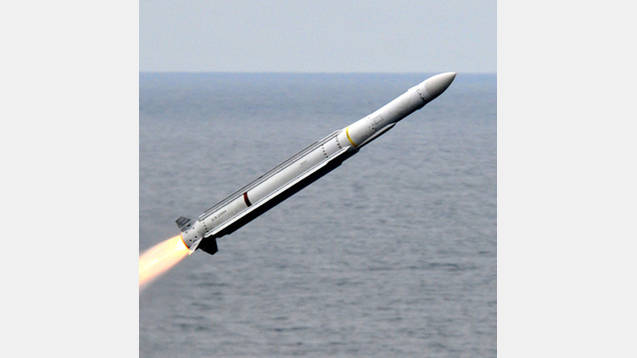 -The health of missiles have been reduced by 30%, shields by 20%.
-DPS got reduced a bit further by reverting back the firerate to 160 from 140.
-Removed negative shield penetration of missiles completely.

-Change the title of the mod so this mod will load last (thus overriding all other mods) no matter what… for now.

-With all of the popular mod authors try to ‘balance’ this uttely unbalanced game, I think party time for this mod is kinda over folks. I am not so sure if I should continue working on this mod.

About this mod
Actually Usable Missiles is yet just another attempt for a balance mod for missiles and torpedoes.
Obviously this mod overrides weapon_components.csv file.

You may want to check the compatibility issues. Most mod authors will mention this file if they altered it, since this file is very crucial (basically weapon stat chart file), so you will know.

This is why I decided to make a separate mod instead of cooperating into my weapons mod, Advanced Weapons, which only adds new weapons.

What’s wrong with the vanilla missiles?
Many things are wrong except dps number, really. Seriously.
DPS-wise they do match with other weapons, and with slightly better range. Problem is they just don’t deliver, with several obvious oversights from Paradox itself.

[1] Missiles really only has raw number except tracking. They have no advantages nor disadvantages. Very dull weapons in the first place. Ok, but not really a problem… [2] But here comes their arch-enemy: Point defense. They are still so shockingly effective that without the help of swarm missiles you will find yourself zero damage to fleets that has some semi-decent PD weapons and fighters. [3] Add to the injury, the health of large slot missile is same as small slot missile. That’s right. You basically forfeit 1/4 of the health (which is non-existent in the first place) for slightly longer range if you use one large missile instead of 4 small missiles. A huge oversight from Paradox. [4] Another BUT, PD is not really a arch-enemy. Missiles and torpedoes suffer massive overkill problem due to their super slow flying speed. The problem is that once the initial target is killed, on-flying missiles and torpedoes simply vanish, losing all of the dps that your ships have been firing that time. With this issue, missiles are actually only useful when used as point-blank weapons.

Not really the intended use, and they still severely underperform against the PD wall.

How this mod addresses these issues?
[1] Missiles are supposed to be fired first, and the very first thing that missile would hit would be shields. Missiles now carry massive 150% shield damage with even longer range (Small missile starts with 100 range. Large missile reaches 140), but has negative armor penetration.

1) This will allow missiles to tear apart screening ships that are usually shield-heavy, high evasion and low armor but will struggle against remotely armored ships but still excellent at keeping the shield down.

[2] In order to solve PD and overkill issue…

2) Their firing rate has been drastically slowed and the damage from each hit has been drastically increased (resulted in overall very slight dps increase from vanilla).
-This will reduce (but not completely eliminate) overkill issue. With each missile fly fast and fire slow, the ships won’t have to fire to the already dead ships, reducing the waste of firepower.

3) The health of missiles have been drastically increased. Now the large-slot missile has 4 times the health of the small missile, and 2 times for medium-sized.
-With strong front-loaded fire rate and high health, some missiles will almost always go thru the PD turrets and fighters. It won’t make PDs and fighters completely useless against missile. It is just that they do not completely block the damage from the missiles in most of the case.

How about torpedoes?
WELL, torpedoes are re-purposed as a very close range, but extremely damaging weapons.

[1] Twice damage, decent health on the torpedo itself, and now also completely ignores armor, directly hitting the hull with shield penetration. Torpedo boats can destroy bigger ships in no time. [2] However, the range of the torpedoes are reduced to 30 so the torpedo boats have to come closer to the targets to fire the torpedoes.

1)For reference, except strikecraft’s own weapons and PD, the vanilla weapon with the lowest range is small slot autocannon with the range of 20.

[3] Energy torpedoes are no longer fake torpedoes. They are now actual torpedoes that can be shot down. With range of 40, these will do massive shield damage but otherwise don’t have any armor penetration.

Of couerse, there will be bugs and wrong balance numbers. So feel free to comment if you feel something is not right.
Recommended mods
[1] Advanced Ship Behaviour Modules: https://steamcommunity.com/workshop/filedetails/?id=790455347
-Despite the name “Advanced,” this mod is written by someone else.
-Really needed. Seriously get this mod and make your missile corvettes stop suiciding into that close-range doomstack.
-Seriously, no need to get other mods mentioned below, but you really. Need. This. Mod.