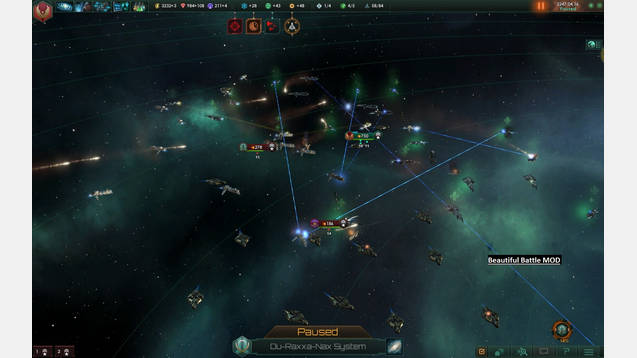 This mod improves the battle aesthetics of the game by making changes that
alter the flow and spacing of space battles in Stellaris.

The following changes were made to improve the overall spacing, flow, visibility and
tactical awareness of battles at a glance ((*****Each file changed is grouped under a
category and labelled by how IMPORTANT and thus OVERWRITABLE they are*****))::::

The above listed changes alter the battle flow and graphics in a pronounced way and
(IMHO) vastly improve the visual quality of battles in Stellaris. With these changes
the following should be experienced:::
– Battles are more 3D now!!!
– Battles are clearer and ships move in less jarring ways.
– Much less clipping of ships and generally more space between ships.