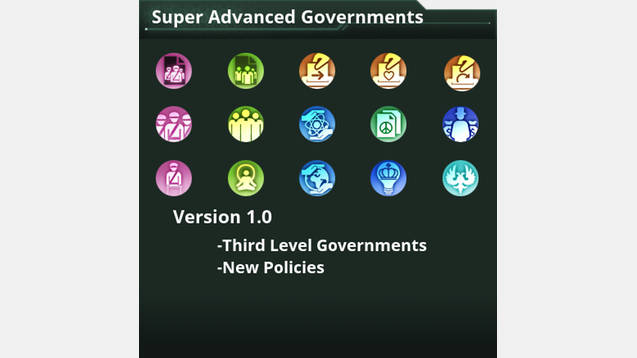 This mod expands the government types, adding third level governments. After researching Galactic Reforms, you will be able to upgrade your government to a super advanced form.

COMPATIBILITY
Unfortunately, for the mod to work properly, I had to overwrite some vanilla files. Below is a list of all the files modified: