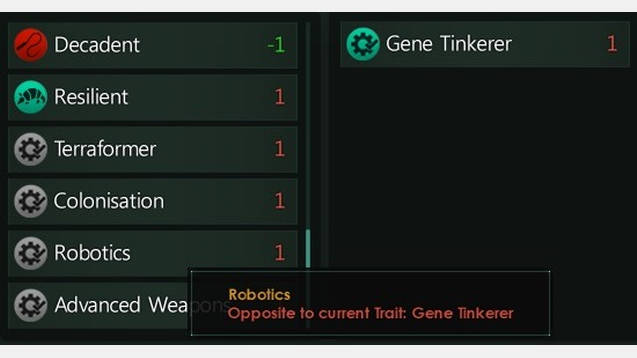 I just wanted to have a way to start with certain techs, so after reading some guides and looking at other Trait mods, i created this mod.

You can only have one of them at the same time

(also why the heck is steam deleting this text whenever i update the version?!)

Changelog:
1.2
Reworked the Events from 7 individual events into 1 conditional. That way i can give more than one tech at gamestart without creating a whole new event for it.

1.6 Literally nothing has changed. just updated the version number