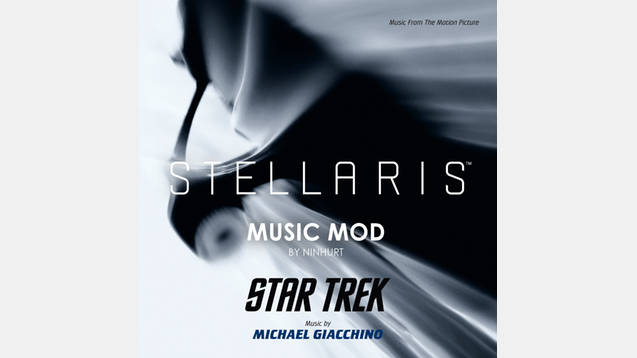 This mod adds the soundtrack from the 2009 film “Star Trek” to the original Stellaris soundtrack. Works with other mods and compatible with update 1.2.3
For the best possible experience subscribe to this collection which includes all music mods (Inception, Interstellar, Doctor Who, Star Trek and The Dark Knight Rises) allowing them to be played together during gameplay.

Star Trek: Music from the Motion Picture is a soundtrack album for the 2009 film Star Trek, composed by Michael Giacchino. The score was recorded in October 2008 since the film was originally scheduled to be released the following December. It was performed by the Hollywood Studio Symphony and Page LA Studio Voices at the Sony Scoring Stage in Culver City, California. The score incorporates the “Theme from Star Trek” by Alexander Courage and Gene Roddenberry.