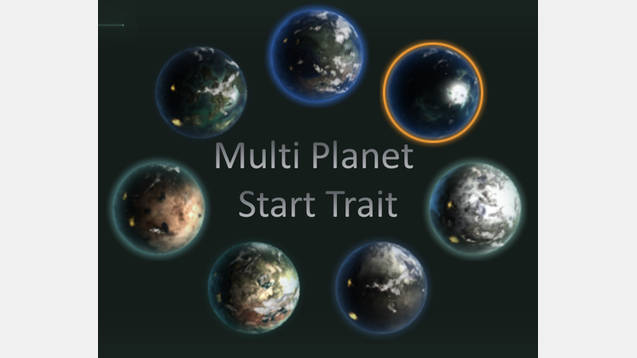 This mod created 4 new traits that will allow Human players and AI to start with 2,3,4, or 5 planets colonized in their starting system.


This is an expanded version of my Dual Planet Start Trait mod. I enjoy using mods that all players, human and AI, have access to. Just to keep my games more balanced. However I am aware that there are those out there that would rather just have an advanced start over the AI. So I will look into also release a version that limits this Multi Planet start to non-AI only.

Thanks for viewing and/or using this mod. As always suggestions appreciated.

Credit for icons goes to Metaflare.