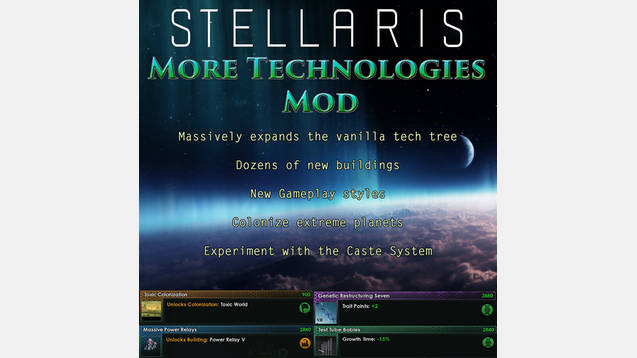 115 New technologies (with more to come)

Compatibility: I’ve gone to great lengths to keep this mod compatible with others by choosing to add new files instead of changing the base ones. I’m proud to announce that none of the base files are overwritten! The only mods this might be incompatible with are ones that it incorporates (like Colonize Unlimited)