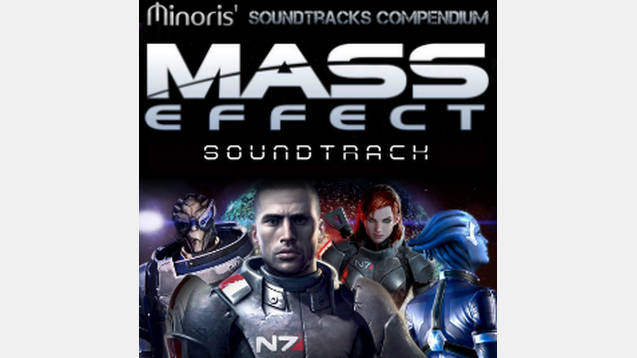 The Mass Effect Soundtrack mods add carefully chosen music tracks into Stellaris, without replacing the original soundtrack and hopefully blend in as much as possible.
This mod comes in three variety. The Epic mix, as I’ve come to call it, is the “standard” edition. The most iconic and well-known songs from the Mass Effect series can (almost) all be found here.

Mod variants
Mass Effect soundtrack – Atmospheric
Slimmed-down, low-key version of this mod. Removes the most epic (or “grand-standing”) tunes, while keeping the more planetary atmospheric tracks. Immersion is a priority here.
Mass Effect soundtrack – Action pack
The name speaks for itself: focusing on action, battle and clubbing, this mod adds those tracks that were deemed too loud and immersion-breaking for the other mods.

– Mass Effect 3 –
A Future for the Krogan
An End Once and for All
I’m Proud of You
I Was Lost Without You
Leaving Earth
Stand Strong, Stand Together
The Ardat Yakshi
The Fate of the Galaxy
The Fleets Arrive
We Face Our Enemy Together

Thank you all for your amazing work!