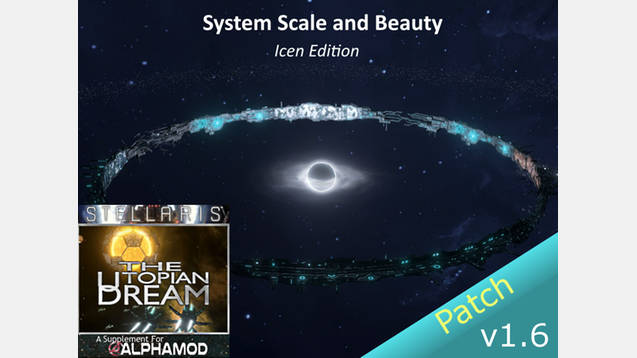 Patch for Alphamod Hostile Worlds and Icen System Scale and Beauty to work properly with each other.

What this patch does
– Overrides Alphamod planet_class to make all planets and stars to the ISSAB scale.

Notes:
– Due to the current bug within the Utopian Dream mod itself, the equitorial shipyard will sometimes only spawn 1 ring around the planet and render the other ring unclickable and without a model. I have tried to counter this bug so far by manual overriding a lot of existing ship types to the code.

Changes:
– Removed the temporariy “fix” I added for equitorial ringworlds in favor of the authors original fix.