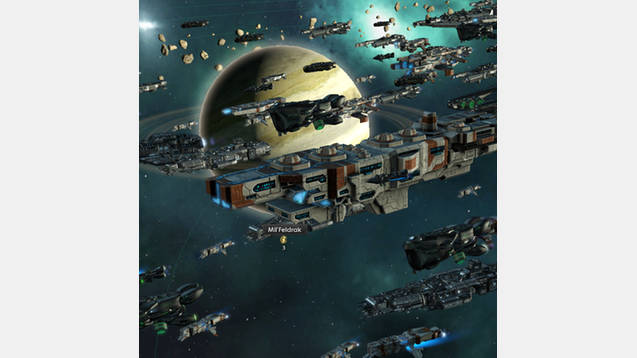 Graphical mod only. No gameplay changes.
This mod fixes a couple of problems with the default visuals:

Fleets are too tightly packed and ships often clip through each other. Once you have a good sized-fleet and especially if you have allies, you can’t even tell one ship from another. Not to mention the far bigger mess that two large fleets crashing into each other creates. Downscaling every ship type fixes this.
You don’t get a proper sense of capital ships and escort ships because the scale between ship classes increases more or less linearly and corvettes for example are just too big compared to battleships. This mod creates a clear distinction in scale between corvettes/destroyers and cruisers/battleships.
Turrets are scaled down relative to ship sizes to give the ships a ‘bigger feel’ rather than looking like toys.
Engine exhaust trails and some weapon effects are scaled down as well.
Video:
A massive fleet battle by inigmatus

Compatibility/information:
-This mod is not made for improving performance.
-Mod compatibility: mods that add new ship types likely won’t work with this OR won’t use the right scaling