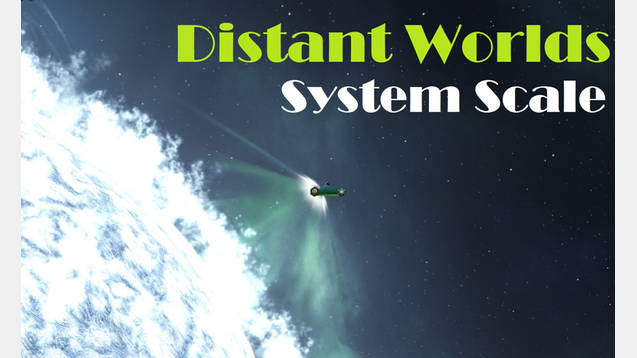 I was disappointed with how systems were scaled in the default game so I made the systems as big and realistic as the game engine allows (without too many graphical bugs). Now you can watch your fleets duke it out in front of much bigger planets and stars.

Mod started out as some tweaking of variables of the excellent “A Better System Scale” by banville whilst making it compatible with other mods. I ended up tweaking and experimenting with different setups for an obsessively long amount of time and decided to release the result.
————————————————————————————————————————————————–
Features.
Vastly increased system size, star, and planet size. More asteroids. Bigger solar flares. Ringworlds and floating debris scaled up and repositioned to match new system size.

I really don’t want to be THAT guy. However… I will no longer reply to bug reporting posts that do not give me enough information to actually find and fix the bug. If you want me to spend time fixing bugs take the time to specify what the bug is and how I can reproduce it. Also I can’t fix problems that may occur because of the thousands of other mods on the Steam workshop.

If you find a bug, disable all of your other mods and see if it still appears in game. If it doesnt reappear it ain’t my problem.. Or at least post what mods you are using with this one so I can try and improve compatibility. About half of the bug reports I have recieved so far have been a bug in another mod. So double check that it’s my mod causing the problem. If it’s another mod causing the issue contact that author. You may of course ask me to make a compatibility patch for you. I may say no but it’s worth an ask.

Bugs:
1. Poles and planet clouds flash at certain zoom distances (bug is in the vanilla game but is less noticable since planets are much smaller). I’ve tried to balance scale and planet size as much as possible so shouldn’t be noticeable unless you look for it.

2. Ships may fly through the top of a star but doesnt happen that often. Frontier outposts may be built inside the largest (purple) stars. Hint: queue up an orbit command before a build frontier outpost command and the outpost is usually built outside the star.

3. Being in one system and switching focus to another ship or spaceport etc in another system causes the camera to move really slowly and then bug out for a few secs before focusing on said unit. Switch to galaxy view beforehand and there are no issues. I have no idea how to fix this bug. At this point I think its unavoidable when system scale is increased beyond default…. Though if someone could prove me wrong it would be much appreciated!

Compatibility:
Mod should override system scale changes made by other mods so you should be good to go. I can’t promise that things will be OK with all of the thousands of mods out there. See my personal mod collection which lists all the mods I use personally for examples of mods that work with this one.

Mods with custom ringworld systems will display incorrectly. See below for a patch for one such mod “DZ Unique Starting Systems”.