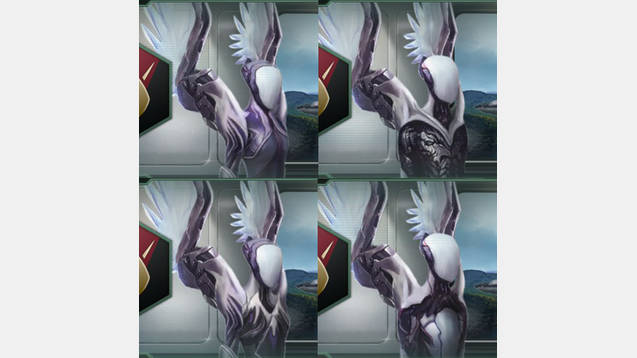 Contents
Animated Portrait Set
Fully animated space angels portrait set.
They twitch, and stretch their wings, and look around, just like vanilla portraits. They have sexual dimorphism and a few variants.
You can easily use this set to create any Custom Empire you like, just like for the vanilla portraits.

Custom Starting Solar System
Core of Light: The starting location is an artificial world inside a pulsar star, surrounded by barren planets.

Custom AI Personality
If my Custom Empire (and only that one) of Zeriphens is moved by the AI, it will acquire by default the Enigmatic Purifiers personality. It makes the AI neglect colonization and fully isolate itself. While this AI personality is not particularly warmongering, it is very sensitive about border friction and will lash out against any neighbor that encroaches on its area of space.
When Enigmatic Purifiers win a war, they are coded to have their conquered planets cleansed of all alien life.
It is also paired with about 40 new lines of dialogue for the various diplomatic messages, which provide multiple reactions for each vanilla species_class.
If you use my Custom Empire, you’ll still have access to some of this content through the tailored custom insults that your diplomat will be able to send to other empires.

Custom Trait
Heavenly Biomechanoid: The Zeriphens have boosted physical qualities that make their armies particularly deadly, yet they are incapable of colonizing new worlds (only way to do it is research all the colonization techs and terraform alien planets in Gaia Worlds).

Custom Empire
The Gates of Elikiol. It’s a Spiritual Oligarchy, spiritualist/collectivist/xenophobe. Although it is not technically a Fallen Empire, it starts in a similar manner with most techs already researched. As such, even with the species’ limitations, I would not consider this a balanced start for the player, especially in small galaxies. If left in the hands of the AI, it may very well work as an end game challenge: it will build up its fleets, but it won’t expand.
I’ve set this Empire as capable of spawning on its own (although it won’t spawn always), unless the player is using it, in which case it will never spawn.
If you wish to disable the Empire from spawning without using it yourself, you need to either disable the mod before starting up Stellaris, or go to the mod folder (Steam/SteamApps/workshop/content/281990/… / zeriphen_portraits/prescripted_countries/) open the zeriphen_prescripted_countries file, search for spawn_enabled=yes, and edit it to: spawn_enabled=no.
You can also edit it to: spawn_enabled=always, if you wish the Gates of Elekiol to always be spawned in your games (although it’ll still be automatically disabled if you are using it yourself, in order to avoid having twin empires).

Compatibility
This mod does not affect any vanilla files. I don’t think it should cause any conflict with most other mods, although there might be exceptions I haven’t thought of.