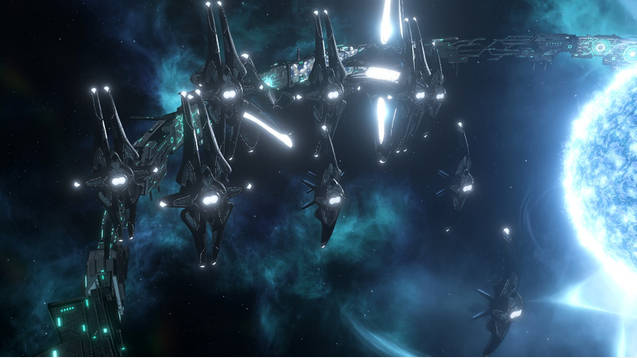 Since my original mod’s release, I have received numerous request for a more…basic experience of The Zenith of Fallen Empires. So I gave it some thought and spent a good couple of hours, trying to disentangle from a complicated mod what I’ve been told people enjoyed, while still providing quality content that is complete and standalone. As I said before, I only intend to be actively working on a single mod, and that will be the full version. The purpose of this Starter Pack is for people who otherwise prefer using weapons from other mods, or for some strange reason did not like the full version(!) Consider those requests heard, and met.

No weapons. Just you, Ascended Empires, and a whole bunch of Fallen Empire ships.

For the full experience, please use The Zenith of Fallen Empires


Note that tech trees here are modified from the original version.

If you have The Zenith of Fallen Empires, then you don’t need this one.

Not using vanilla ship types or classes? Check the Ship Compatibility patch to see if it’s on there.

These are some mods I often play with my own:
LEX Extended

More Late Game challenges are always good! What will your Ascended Empire fight next?

Relics of a Fallen Empire

An essential for all fanatic Fallen Empire fans.

###Also LOL at the person who has the patience to thumb down every one of my mods ????