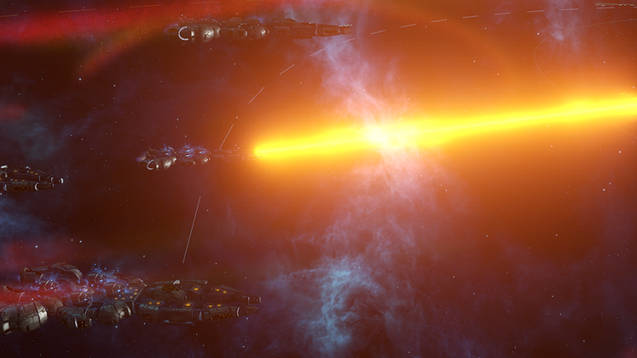 This mod adds a number of XL weapons to the game, to complement my recently released mods for the Titan Lasers. This adds a variety of possibilities to counter the all powerful Titan Laser, and gives you a number of viable XL weapons to choose from. Do have a play and see which one you like. This is a companion mod to one of my Titan Laser mods:

I now consider this mod complete, and will no longer be adding Titan Weapons. I’m focusing my energies on The Zenith of Fallen Empires right now, which has all the functionalities of this one and aims to provide the full Fallen Empire experience.

This mod should be compatible with everything.

If you have The Zenith of Fallen Empires, then you don’t need this one.

25/11/2016 – Tech costs for all Titan weapons have been doubled due to balancing feedback.

10/2/2017 – Buffed many shorter ranged weapons as they are underperforming against the Titan Laser.

Warning:
-These weapons are highly destructive.