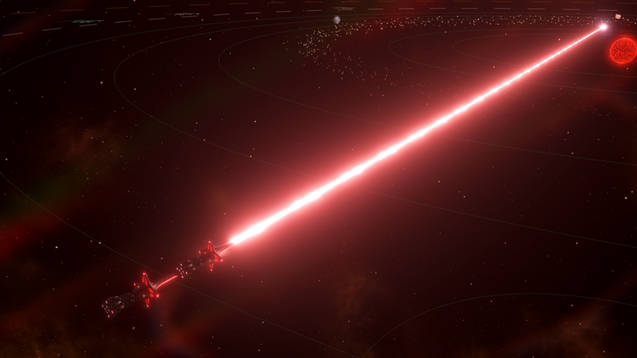 As a Fanatic Fallen Empire Fan, I have been tampering with making my own mods for a month or two mainly to tailor my own playing experience. This is my first mod and I am by no means an experienced modder, so hopefully this mod will work for you as it did for me. Heinlein did many things, but took away my joy of vanquishing savages with superior technology. Remember those days when you could blast inferior ships from range? You can return to those days again and relive your Fallen Empire Dream!

For more weapons of a titanic scale: Titan Weapons


If you already have The Zenith of Fallen Empires, then you don’t need this one.

23/11/2016 – Fixed instances where Titan Disintegrator isn’t appearing for research. Updated some images on Steam (Thanks guys for your contributions :D)

26/11/2016 – The cost of mounting Titan Laser has been doubled due to inflation, and the Titan Laser tech is now a dangerous tech. Research at your own risk…

10/2/2017 – Added the Super Lance and the Titan Laser Prototype. Improved some tech icons and descriptions. Changed sounds of Titan Disintegrator. Added some codes for Fallen Empire opinion modifiers but cannot get those to work at the moment.

Warning:
-Titan Laser is extremely destructive and melt fleets fast. This means the AI can also do it to you…

###Now do me a favour and cleanse this galaxy of filthy primitives, invaders, and noobs alike with superior firepower.