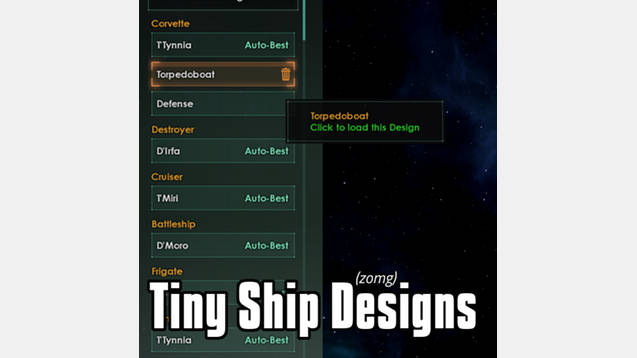 Tinyifies your list of ship designs!
Compatible with 1080/1440 addons and all addons that add new ships.

I made this because of some confusing things that happened:

I took over the development of another addon, ShipDesignerCompactor
The UI Overhaul 1080p mod guys took my SDC code (I let them) and put it into theirs, but they kept the category headings
To make SDC even smaller than 1080, I removed the ship category headings
Some people apparently miss the categories
So, eh, whatever. Here is an alternative? ????