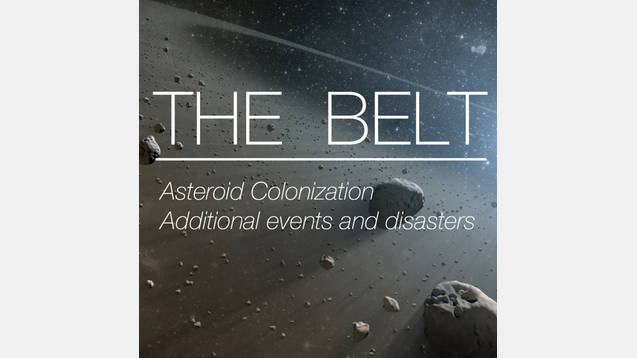 Purpose:
Add a classical sci-fi idea, that also makes sense from a sci-fi economical point of view: the mining of asteroids and all its related themes.

Inspiration:
I developed this mod heavily inspired by the Expanse books and an assidious reading of Atomic Rockets.

Features
– Adds the possibility to colonize asteroids (but no way to raise their habitability, it stays at 0%).
– Adds a new life support system building restricted to the asteroids that add habitability (80%).
– Added a range for asteroid size (between 5 and 7).
– Increased Ceres size in the pre-scripted solar system to 7.
– Added a planet bonus specific to asteroids (+25% mine tile yield, -30% building cost, -5% spaceships building cost, -25% ship building time and -25% spaceport module cost, -25% spaceport build cost and -50% border extrusion.)

New Events
– Growth of independent asteroid mining that can improve mining yield in asteroid colonies.
– Possibility to focus on searching for certain types of asteroids, carbonaceous ones can be useful for further colonization effort, while metallic ones are more attractive for the industry.
– Asteroid trajectory accident: accident can happen when you handle ten kilometers sized rocks, and it can have dire consequences.
– Possibility to create an orbit guard to monitor asteroids and prevent world ending scenarios.
– Possible death of the population if the life support building is damaged.

Planned Features
– Teach the AI to colonize asteroids: Right now, it would involve fiddling with the define value of AI rationality regarding planet colonization and would have too many unwanted consequences.
– Genetic drift for the population living on the asteroids
– City Visuals for Asteroids Colonies
– Political events and crisis regarding the rock-rats and their world ending powers.
– Closed ecological life support systems related events (price of air, corrupt governors, accident in the supply of critical elements for the colony…)