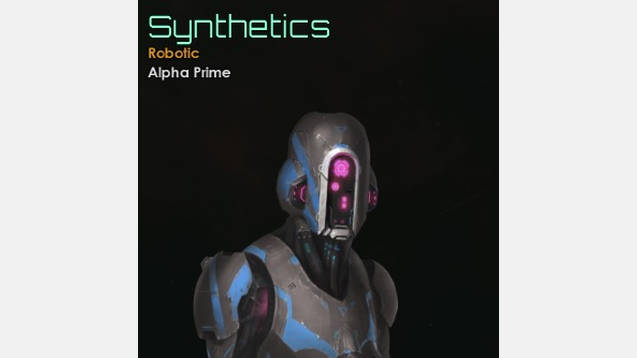 “Synthetics are very complex machines which are superior to organics in most respects. A synthetic is for all intents and purposes an android powered by an artificial positronic brain capable of supporting a fully self-aware AI.
The Synthetic Empire consists entirely of such synthetics. The organics which created them long ago, perished in a nuclear apocalypse brought on by tensions between the organics and the synthetics.”
Summary

Kennedy 1.4.* compatible.
The mod is overall intended as a more conceptual and thematic playthrough with a specific custom empire. The mod lets you play as close to vanilla Synthetics as possible
and does not make any edits to default files or add anything extra beyond the bare minimum needed.
Rising out of the ashes of a Tomb World, Admins direct the empire towards the future. Will you continue to wage war across the galaxy? Or seek to shape a new future?
Beware the Keepers of Knowledge and Holy Guardians as they do not take kindly to synthetic species or species living on Tomb Worlds.
Food is no longer an obstacle however your pops will not automatically reproduce and keep in mind the energy upkeep.
The Synthetic Empire is immune to the AI Rebellion event. You will be prompted for the Accord.
Semi-Multiplayer compatible, only if the host plays as the Synthetic Empire.
The empire does not spawn as AI controlled if the player chooses to play as a different empire while this mod is enabled.
Due to compatibility, user edits for the empire are strongly not recommended.
Supports German localization by Tjordas and Polish by costelo.
Changelog