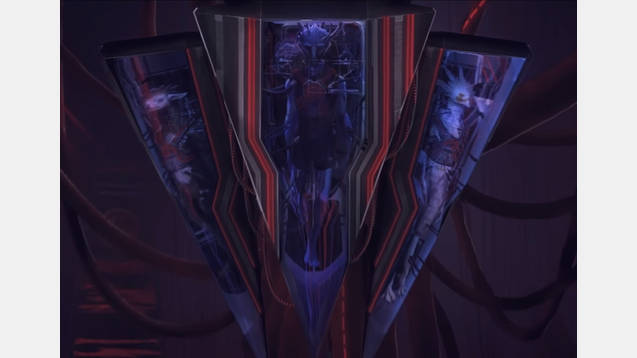 We survived
Once we were a big and stable empire. We had everything from wealth to science, our society were one of the biggest and strongest in the galaxy. Then there was war, a huge war that nearly brought us to an end. Our enemy was as strong as we and could cut the empire into pieces, our rulers faced the extinction. So they sent us to a remote planet, big enough for some millions of our kind. We built a secret and secure heaven, kryo chambers to get us to sleep. We survived through hiding. Many centuries have passed, our enemy might be gone. The sanctuary AI wakes us from our dreams, it is time to rebuild our society.

It is time to regain the glory from the past, it is time to stand up and to say… We survived.

What this mod does
This mod gives you a new starting system option to start on a sanctuary planet. The planet will be a bit randomized but will have ancient buildings (the ones from fallen empires). You will get most of the technology from the game right at the start, you will not gain ethic related, dangerous or utopia techs. You also get some energy, food and minerals to have a more advanced start than anyone else. The starting system won’t be used for randomizing, but if you create an empire with it played by AI then it will also gain these advantages.

Mod recommendations
If you installed Buildable Ancient Buildings you will get those technologies at the start, too.