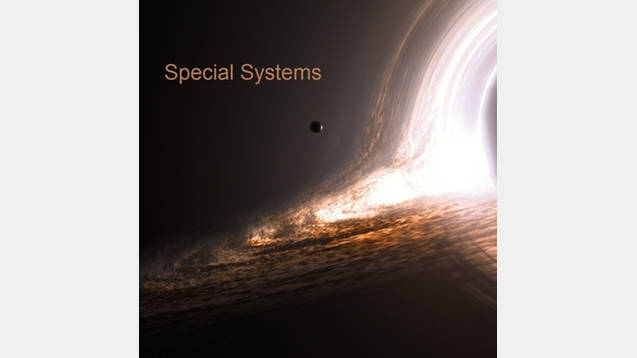 This mod will spawn 5 additional Black Hole,Neutron and Pulsar systems on game start and applies a local modifier to them as well as few unique events.There is an event chain that adds some immersion,this will be triggered when you survey your home system.There are 3 basic and 3 advanced technologies to be discovered that will reduce the effects on your ships.

All modifiers and events will affect AI countries as well as Player countries but not any story NPCs including Nomads.

All modifiers are per system and do not stack.The only exception to this is if a ship has the stance that makes it flee a system because a hostile is present,it isn’t treated as entering a new system when it jumps so the modifier won’t be removed but as soon as you tell it to jump to another system,it will lose the flag and the modifier.

All events are tied to the system using ship flags so if you have a ship that is in an event and the fleet warps off somewhere,the ship will break out of the event and the game will generate a scope error because the ship isn’t in the system for the event to fire.This is fine ????

As far as performance goes,I have included some cleanup events for the various ambient objects that are created and the events themselves are not heavy at all,especially since there will not be that many special sytems in a galaxy.Black Holes slow the game down if you park 200+ ships in there and watch them blow up but NPCs will never do this.

This is compatable with every other mod out there.

If you enjoy this mod,please rate it!

If you experience anything that may be a bug please let me know and I will fix it ASAP.

In these systems your ships will be much slower and cost slightly more to maintain.
Events:

Ships will take a medium amount of damage over time.At first the damage will appear to be fairly large but it drops off because it’s a percentage of whatever the ship’s current HP is.Smaller ships will suffer greatly in these systems until you are able to research the technology associated with Black Holes.
Ships will suffer from time lag and be disabled for a period of 30 days to simulate the time effect.
Very rarely if a ship suffering from time lag has a leader,the leader will commit suicide in some strange manner.This is limited to smaller fleets and will not happen if the owner is at war.
Occasionally ships will suffer a hull breach of varying degrees including instant death. Science,Constructor and Colonizer ships will never take 100% damage and larger ships are less likely than smaller ships to experience this.
Neutron
Modifier:

In these systems your ships will be somewhat heavier and have a greater amount of armor while having reduced shields and fire rate.Ships will also recover lost Hull Points while in a Neutron system.
Events:

Science,Constructor and Colonizer ships will occationaly be tagged on entry as easy targets for the Cloud Entities that live there in etheral form.You will get a warning if this is about to happen.
Ships will be entranced by the Cloud Entities for a period of 60 days and be disabled to simulate this.
Very rarely if a ship has a leader,the leader will order a forced retreat as an extreme reaction to the Cloud Entities.This is limited to smaller fleets and will not happen if the owner is at war.
Pulsar
Modifier:

In these systems your ships will be somewhat lighter and have a greater amount of shields while having reduced armor and less fire rate.If any ship has taken any previous damage, that ship will bleed Hull points while in a Pulsar system.
Events:

Some strange force generated by Pulsar systems will occasionally cause a fleet in the system will be moved to a random planet and forget what they were doing.
Very rarely a fleet in a Pulsar system will be influenced by whatever lives there and become enraged (enter an aggressive stance), sometimes going crazy and leaving their owner’s service.This is limited to smaller fleets and will not happen if the owner is at war.
Languages
English
If you are able to translate localisation for this into another language, please send me a message on Steam <3
Changes in the last update
Added 6 new technologies that limit the effects of the special systems. Two technologies for each type of system, one basic and one advanced.
Added an event chain that more or less explains what is going on and gives you a nice ship at the end.Triggered on survey of home system, this requires a new game unfortunately.
Balanced special system events somewhat:
Adjusted some numbers.
Larger ships are now far less likely to blow up in Black Hole systems.
Added a timed limit to the leader events to reduce the chance of them spamming.
Completely rewrote localisation.
Planned features
Create another event chain that introduces the new technologies and how they will increase survivability.
Add some possitive events to the special systems to balance the negative ones.
Rework how the technologies makes a country completely immune to special system effects as that kind of makes the mod redundant, especially if research_technologies is used.
Maybe give the special science ship some basic weaponary, nothing too op.I’ll make it clear that only one can be built (in an immersive way!) I think I’ll move the special project to a nearby system and the planet that you need to strip mine will have a pre-space age civilization so that there is an ethical edge to the construction.Something like that.