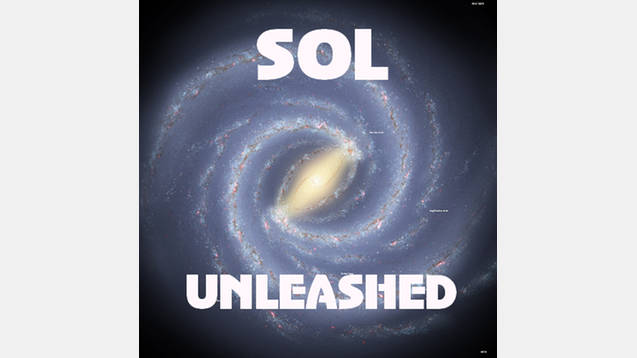 New
Now with an event-driven option to selectively terraform and ultimately colonise other planets and moons in the solar system, and with added space monsters and pre-warp species.

Key features:
– An enhanced Sol system, with additional moons and revised planetary distances and planet/moon sizes.
– 600 real stars from the Milky Way galaxy spawned around the Sol system.
– galaxy size options of 800, 1000, 1250, 1500, 2000, 3000, 4000 and 5000 star systems.
– Option to start at random star system at a random distance from Sol.
– Option to start at Deneb system at a random distance from Sol.
– Detailed design of 22 systems near to Sol, including binary and trinary systems (thanks to Lex Peregrine for the ideas and designs for many of these systems).

The mod comes with four options (which are selected via the ‘starting solar system’ option during empire setup). Note that these options come after the vanilla ‘Sol’ and ‘Deneb’ options.

Sol (Sol Unleashed)
This option creates a detailed version of the Sol system. In addition, 600 real star systems will be spawned around the Sol system. The star systems:
– have the correct name
– have the correct star class within the constraints of the vanilla game
– are arranged in increasing distance from Sol starting with Alpha Centauri and ending with Peony Star, which is about 26000 light years from Sol
– are sized in relation to the size of Sol, with Van Maanen’s Star being one of the smallest and Betelgeuse being one of the largest.

The direction of the generated stars varies each game, as does the number of planets, so there is plenty of replayability. Note that the game does add some of its own systems among the 600 systems added by this mod, which provides additional variability in each game.

Update 7 November 2016:
This option has been updated to provide space monsters and pre-warp species closer to Sol.
It is also now possible to terrform certain planets in the Sol system. An event will appear about 30 months into the game. You can decline this event, if you do not want to be able to colonise other planets/moons in the solar system. Completion of this event chain will take significant time and research resources.

Milky Way (Sol Unleashed)
This option is for those would like to play in a Milky Way galaxy, but don’t want to start at Sol. This will spawn you in a random system at a random distance from Sol. The other stars will then spawn as usual around the Sol system, so you’ll still see Barnard’s Star and Alpha Centauri close to Sol. You can play as an alien race or as humans, but if playing as humans it is recommended to make sure you change your home system name, otherwise you will end up with two Sols – it’s best to create your own custom human race for this purpose.

Deneb (Sol Unleashed)
This option is the same as the vanilla Deneb system, which is intended for those playing as the Commonwealth of Man (it can, of course, be played as other empires).

Trek Systems (Sol Unleashed)
Like the Sol System option, this option also starts you off at Sol, but is intended to provide a bit of Star Trek colour to the game. Several Star Trek systems are included (credit to Ooiue for seven of these), and in the Sol system Luna and Mars are colonisable (just). However, no Star Trek Empires or races will appear in the current version.

If anyone finds any bugs; has any suggestions for changes/improvements; or wants to see particular star systems in the mod, please let me know.

Compatibility:
It goes without saying that this mod is incompatible with its sister mod, Sol Unleashed – Lite, so you must pick one or the other.

This mod changes the galaxy size start up options, so it will likely be incompatible with mods that change these, such as Galaxies Unlimited. The mod supports galaxy sizes up to 2000 systems. I could add further sizes, if there’s a demand.

The mod specifically changes the following file and may be incompatible with other mods that also change these files:

There is a small change to station orbit distance in a ‘defines’ file which might cause incompatibility with mods that change the system scale. If you find incompatibilities that you would like me to try to fix, let me know and I will take a look.

If you find incompatibilities that you would like me to try to fix, let me know and I will take a look.

Terms of use in other mods:
You may use this mod in other mods provided you credit me, and Ooiue (if you use the Star Trek systems). I would also be grateful if you would tell me that you’re using my mod, in the comments below.