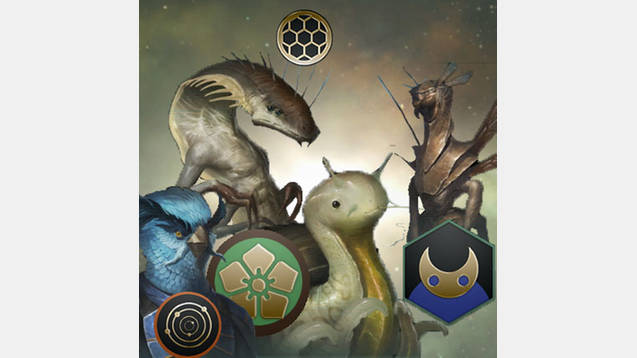 Updated for patch 1.6.1
Only localized for English
Requires Leviathan and Utopia DLC for the Selingai (se below) to be playable

This mod is constructed as a convenience for myself and some of my friends for a specific game we wanted to play. The content may change at any time!
That being said, anyone who wishes to download this mod to play with it or take some of the components is of course free to do so. Just be sure to save a local backup in case we decide to change the content.

Content:
* Selingai (requires Leviathan and Utopia DLC), a prescripted empire of farming snail species that evolved syncretically with their salad companions. The Selingai have custom theme music playing whenever their diplomatic screen shows up (made by replacing the default sound of their species wiht banjo and/or country music).
They also get access to a unique tech (Vertical Farming), which enables them to build a unique building (Dragonfly Farm). The farm consumes 3 minerals monthly and produces Selingan Emerald Cabbage, a rare resource that gives a 5% growth boon to anyone who has at least one.
The Selingai have a number of unique dialogue responses to diplomacy with other empires.
They use a custom name list for slugs.

* The Thufir Empire, a prescripted empire of birds with large eyebrows based loosely on Thufir Hawat from Dune.
The Thufir Empire has a number of mentat-inspired dialogue responses to diplomacy with other empires.

* The Ket’sparnu, a prescripted empire of trader insects with no shame or moral consciousness.
They use a custom name list based on AVI3, but with adapted for insects and with more name variations.
The Ket’sparnu has a number of unique shameless trade deal responses to diplomacy with other empires.

* Freðmýriian namelist, written for a species of space foxes based on fox and wolf names in mythology, fairy tales and popular culture.

Tweaks and balances:
* A fix that makes the xenofaction tolerate robot slaves even when there are other alien pop living in their empire.

* Double energy output from Dyson Sphere, in order to balance the high cost of building one.

* Allows Science Nexus to be built in systems that already contain other Mega Structures, as long as there is no Mega Structure orbiting the same planet.

* A fix that makes it it possible to terraform planets that had been turned into barren cold planets by the endgame crisis (by incorporating Paradox’ solution from the 1.7.2 beta).

* Allows terraforming barren planets and barren cold planets directly into Gaia worlds for 1.5 times the normal energy cost of creating a Gaia world. A full 25-tile world would thus cost 30 K energy, unless you have access to cost-reducing factors such as terraforming gases or liquids.