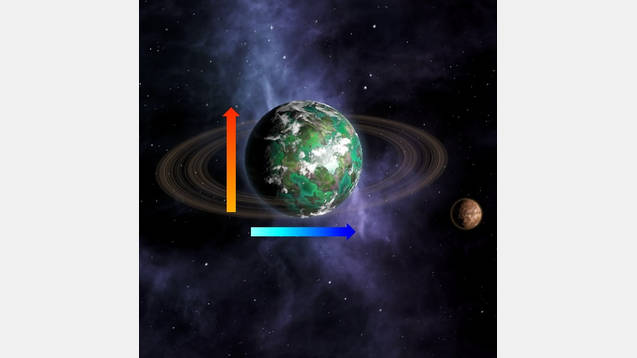 Alternate Version: Reworked Planets – Dry Ice Edition
Intro
I always disliked the way habitability worked pre-Heinlein. As Paradox rightly said it was a little silly that some planets which seem similar would have low habitability just because they were in odd places on the habitability wheel relative to each other.

My favourite solution to this was Expanded Habitability by ShadowDragon8685. This was fine and dandy ’till the Savannah and Alpine planet types were added. Now, however, there are 3 “dry”, 3 “cold” and only 2 “wet” planets. Paradox got around that by shoehorning continental into the wet category but this is… inelegant.

Reasoning
It’s always seemed to me that planets should be grouped together based on similar temperature and humidity. So that’s what I’ve done, we’re now using two axes to classify planets rather than one (dry vs. wet) and another half an axis (cold vs. ..?).

As you can see I consider Tundra, for instance, to be a dry version of a cold planet. A “wet” version (in the sense of having more H2O) would be Arctic ‘cus, you know, ice is just cold water.

To some people this is unintuitive and they feel that e.g. Arctic should be a dry planet. If you’re of that persuasion, I’ve made an alternate version of the mod for you. You can find a link to it at the top of the page.

Savannah’s a little dry but not really, look at the Okavango. Why does the Tropical planet have more landmass than Ocean/Arctic? Dunno, transpiration?

Ramifications (Or: What the Mod Actually Does)
Firstly, Habitability Preferences:
Continental is now right in the centre of everything. Species with the Continental Preference trait have an advantage in that they have the most planets which are secondarily habitable to them. This is counterbalanced by their dislike of the “extreme” planets (which are most/least hot/cold and dry/wet at the same time).

Species with a Gaia World Preference now get 40% habitability on all world types other than Tomb Worlds. So if you edit your species to have a Gaia Homeworld they’ll now be able to colonise more than just the 4-5 Gaia worlds that spawn in their immediate vicinity.

“Edge” planets (that is to say, ones that are extreme on one axis but mild on the other) now work a little differently. The three planet types adjacent to them are secondarily habitable to species with these preferences. The two edge planets that are indifferent to the axis that this preference is at the extreme end of are 40% habitable. The three remaining planets are all at the opposite extreme of the salient axis so they get the dismal 20%.

“Extreme” planets (the ones that are at the high/low end of both axes) are the ones I’ve tried to make a bit more interesting. Species with these preferences get the usual secondary habitability for adjacent planet types; But since there’s only two of those they also get 90% habitability on their preferred planet type. (So once you’ve got Atmospheric Filtering and Hostile Environment Adaption they’ll be as good as a homeworld without any clinics or hospitals.)

Finally, the planet type that is the complete opposite of your species’ preference gets 1% habitability, which means they will never be able to colonise there unless you have both habitability techs and the Very Adaptive trait which will just tip them over to 31% (so it’s never really worth it, just genetically engineer them or terraform it).

Speaking of Terraforming:
I originally wanted to make it so that Terrestrial Sculpting allowed you to change the humidity of a planet and Atmospheric Manipulation allowed you to change the temperature; But actually trying it, it felt like a needlessly difficult way to play the game and it made me sad. So I hope you’ll forgive the lack of elegance with the actual mechanic I’ve come up with but, trust me, it’s nicer this way.

Terrestrial Sculpting now allows you to change a planets’ climate by one degree on either axis (or both) i.e. to a type thats’ position is adjacent to or immediately diagonal from it.

Atmospheric Manipulation allows you to change a planets’ climate by up to two degrees on one or both axes.

A “long” transformation (a change of 2 degrees along one axis but none on the other) will cost 4000 Energy and take 90 Months.

A “knight’s move” transformation (2 degrees change along one axis and also one on the other) will cost 6000 Energy and take 120 Months.

And finally, terraforming an extreme planet to its opposite type will cost 8000 Energy and take 162 Months (13.5 years) to complete.

The upshot of all this is that it will always cost the same amount of Energy to terraform a given planet type into any other particular type, but it will always be quicker to use the minimum possible steps to get there. Also, while the Energy costs of Tomb World Restoration and Gaia Creation remain the same (so you’ll still need both Terraforming Liquids and Terraforming Gasses to be able to use Gaia Creation), the completion times have been reduced to 180 Months (15 years) and 240 Months (20 Years) respectively. Barren planets with the Terraforming Candidate modifier can be terraformed as normal but their time and energy costs have been bought in-line with Tomb World Restoration.

Lastly, I’ve tweaked the Homeworld panel in the Species Customiser to reflect these changes.
See the Mod Picture at the top of the page? It looks like that.

You’re not gunna be getting Achievements, hope you can live with that.

To-Do list
Figure out a way to make the mod less unfriendly to species with extreme preferences.
Compatibility Patches.