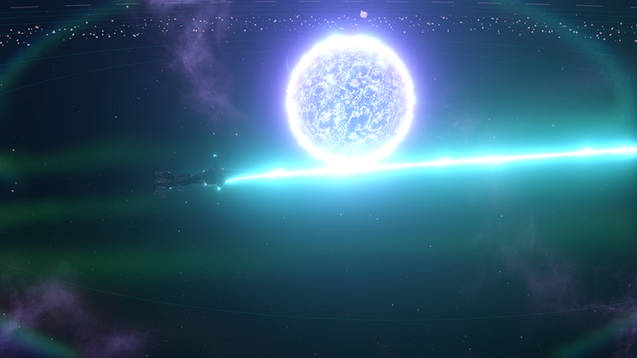 I have made this mod because some people asked for just the researchable Titan Laser, so I have taken the liberty to dissect my original mod:

Please check that out as Titan Lasers make other XL obsolete and so do consider downsizing them for large slots instead!

For more XL weapons to counter the powerful Titan Laser, take a look at my other mod:

I consider this mod complete and will no longer be updating it with new content, as I am devoting my energies to my new mod, The Zenith of Fallen Empires. That mod will include all the functionalities of this one, and a whole lot more. Make sure to check that out for the full Fallen Empire experience.


If you already have Titan Laser + Resized Lances, or The Zenith of Fallen Empires, then you don’t need this one.

23/11/2016 – Fixed instances where Titan Disintegrator doesn’t show up for research. Updated images on steam (thanks Tiberiumkyle for the screenshot donations :D)

25/11/2016 – Titan Laser tech costs have been doubled due to balancing feedback.

26/11/2016 – The cost of mounting Titan Laser has been doubled due to inflation, and the Titan Laser tech is now a dangerous tech. Research at your own risk…

10/2/2017 – Added the Super Lance and the Titan Laser Prototype. Improved some tech icons and descriptions. Changed Titan Disintegrator sounds. Also added some codes for Fallen Empire opinion modifiers but I cannot get those to work at the moment.

17/5/2017 – Updated for 1.6.*, brought many improvements from The Zenith of Fallen Empires. Added Spanish Localisation.

Warning:
-Titan Laser is extremely destructive and melt fleets fast. This means the AI can also do it to you…

###Now do me a favour and cleanse this galaxy of filthy primitives, invaders, and noobs alike with superior firepower.