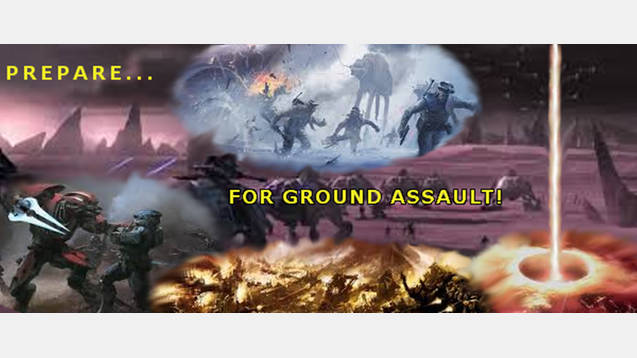 Planets are the core of an empire, and are probably the most significant strategic asset in Stellaris. Invading them should be a challenging and dynamic undertaking, not an afterthought to the orbital battle.

This mod is intended to make planetary invasions into a suitably impressive undertaking. In vanilla, they are rather bland and altogether too short. There is little strategic difference in types of bombardment, and once the defenses are reduced your armies can easily crush the defenders. With this mod, planetary fortifications provide less of a bonus, but are stronger and will only cause defenders to take normal (not 2x!) damage when they reach zero.

Army health has been increased relative to morale, so that it might require multiple assaults before a foothold on the planet’s surace is secure, or at the very least multiple waves of troops to be dropped. Generals now buff unit morale rather than health based on their skill level.

Damaged units now require 150% additional maintenance while being repaired, to represent the costly process of retraining and replacing casualties.

Armies and army attachments have been completed updated. There are now 3 quality tiers of assault and defense armies, as well as multiple types of clone units. Training times are significantly longer for more elite units, but their increased morale and combat stats makes them invaluable in difficult invasions.

Attachments now represent the general equipment that an army is equipped with. They will usually increase the maintenance cost of a unit while increasing performance. Power armor is a thing, as are personal shields and clone suicide brigades (a lot of these were coded in the language files but never implemented, interestingly enough).

Future Goals:
I want to introduce additional ground combat technologies to represent both improved training/leadership methodologies and improved military hardware.
For example, technologies that open up planetary training edicts to customize your troops further or additional effects at military academies.
There will probably also be enhanced effects from military buildings, as well as additional upgrades to training centers so that it is well worth it to create dedicated troop training worlds (I’d like to also put modifiers in place so it’s better, but more expensive, to train them on harsh, unforgiving worlds ala Salusa Secundus or Arrakis of Dune).
Effects that I am looking into include: high/low gravity, combat bonuses on worlds similar to the one the army was trained on (not quite sure how to implement this yet, I’d like to create a terrain system if possible),
Something I have been hesitant to do, but may eventually get into, is tinkering with the AI. I think that the proportion of spending on armies will need to be increased so that the AI builds large enough forces to take and hold planets, but at the moment there are several other AI improvement efforts out there that I don’t want to conflict with.
Figure out what the hell experience actually does for troops and whether I can mod it – this is an area that I am very interested in, if anyone knows where these effects are determined or if they are hard coded, please let me know – thanks.


COMPATIBILITY: v1.2.1
Overwrites almost every line related to ground combat and planetary fortification in defines.lua, and will conflict with mods that change any of the following base game files:
00_armies
00_army attachments