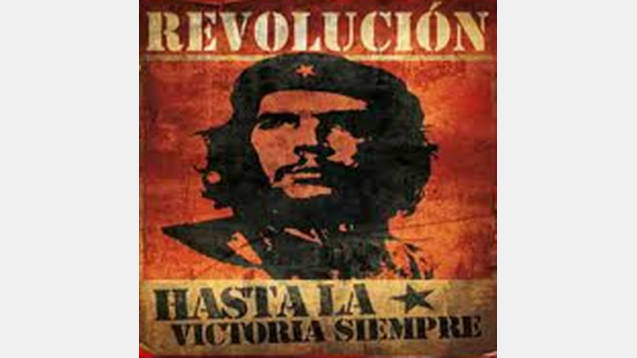 This mod significantly expands the Vanilla rebellion mechanics to make them a more significant threat to established empires.

As it is, rebellions pose virtually no threat whatsoever to your empire, as the revolutionaries start with huge disadvantages: They are one planet and have no fleet. Only in exceptional circumstances will they seek to join a larger empire. A successful revolution will also not impact on the likelihood of more planets revolting. One can therefore safely ignore unrest, or at least treat it as a minor annoyance.
This mod changes all that, through several measures:

–Give the rebels resources: Rebellions are given a fleet (scaled by years passed and the size of the empire they are revolting from), an offensive army, unity (currently everyone has a huge headstart as they start from scratch, so I give them a large lump sum scaled by years passed), and temporary modifiers that help them support their fleet and get themselves off the ground.

–Introduce waves of unrest: If one planet successfully revolts, and you own other planets with high unrest and the same grievances, there is a chance (scaled by unrest levels) that they will attempt to revolt and join them over the next few months (capped at six months, unless further revolts succeed). There is also a smaller chance that other planets with different grievances (i.e. another species going nationalist, slave revolts or faction-based separatists) will be emboldened to launch their own revolts. So you can have an Arab Spring / 1989 Wave of Democratisation / 1848 in space!

–Revolt into bigger countries: In the unrest waves just mentioned, wherever possible the revolting planet will merge into a bigger country. Currently, this only happens for normal revolts if the planet’s original owner still exists and the pops on the planet are the same species as them, and for slave revolts if there is a nearby fanatic egalitarian/militarist nearby. That means that if you conquer an empire and then let two of its planets revolt, they will end up in two different empires. In my mod, these empires will merge. The same is true of slave revolts and if you let rebels from your own species secede (unless they are of opposing ethics). When a rebel planet joins another country, that country will also now be given a small number of ships and resources (scaled like the fleets I give the first rebel planet, but 1/8th as many).

–State vulnerability will cause unrest: Historically, a state that could not defend its population would usually fall apart. However, in Stellaris, states persist well past their best by dates, as there are no internal consequences to their weakness. To correct this, I add modifiers (scaled to the direness of the situation) that add to unrest levels, reduce happiness (especially in oppressed pops) and increase ethics divergence if there are any hostile neighbours that have overwhelmingly more powerful fleets than you and you are not at fleet capacity, or if you are resoundingly defeated in war.

In terms of balance and gameplay, I hope that this will create a more fluid mid and late game, with rebellions hopefully breaking the stalemate that tends to emerge between the powerful empires, and allowing failed states to fade into obscurity. I also hope that this will provide challenges for the player, forcing them to administer their empire well or risk it falling apart (something that I have made a real possibility). Finally, I’d note that these changes will probably harm xenophobes and authoritarians the most, as they are the most likely to have unhappy pops, and I also rigged the chances of revolts spreading to be higher when slaves are involved. That’s a good thing, though – slaver empires currently enjoy too many benefits with very few downsides.

Future expansion:
I’m still working to expand Potent Rebellions to expand the mechanics for unrest and revolts, so far as is possible whilst remaining compatible with other mods. My immediate priorities are:
-A rebalance of the role of armies in reducing unrest and quelling revolts – make rebellions still be possible even if all your planets are packed with soldiers (as the AI currently does habitually), but not so that they are impossible for you or the AI to prevent. (Done)
-Expand the slave revolt mechanics – create special civics for successful slave revolts. These will make slaves in neighbouring empires want to revolt and join them. They and the slave-owning empires will hate each other, leading to interesting gameplay. Slave empires will also have special names, if possible. (Done but may expand further)
-Add patriot revolts – pops will be unhappy if you are at war with their species’ empire, and have a possibility of attempting a revolt in the first year of that war (if there’s sufficient unrest on their planets). (Done)
-Add a mechanism (that is realistic and used by the AI when appropriate) to spread unrest in neighbouring countries.
I just released an update, but won’t have the time to update this description for a few days (partly because I also want to make it less of a wall of text, and put the detailed descriptions elsewhere), see the details here. I still look to add the mechanism for spreading unrest and subsidising rebellions in neighbours, and I have some ideas for other features I want to add (e.g. random events that might make all the pops of a certain ethic or species unhappy, and further expansion of slave revolts for more late-game challenge – but I might stick that in a separate mod), but I’m not quite sure when I’ll get the chance to work on it. Oh, hopefully 1.8’s AI revolt mechanism gives me some cool things to work with!

Feedback:
If you see anything weird, let me know! It’s a complex script that’s currently over 8,600 lines long, so although I’ve tested it extensively there might be a couple of bugs or oversights in there. Also tell me if you think it is too hard or too easy (for you or the AI), and I can make refinements. And say if you get much lag (I don’t), especially on the month ends (where I put in some stuff that can be simplified if needed). Finally, please hit ‘like’ if you like it!

Compatibility:
It should be compatible with every other mod, as it doesn’t overwrite any part of the original game files. If anyone is fundamentally changing the way rebellions are scripted, that might cause some issues, but to my knowledge I’m the only one to have done this.

Permissions:
Usually I would just let other modders use my work. But since this is compatible with everything and took quite a lot of effort to get working properly, I’d rather you just link to this if you think people should be playing your mod with it. But if you have any special reason to want to use stuff I’ve done in this mod in your mod, just ask and I’ll probably say yes ????

Localisations:
English, German (by me – sag mir, wenn etwas falsch ist ???? ) and Russian (thanks to Isyava). I will attempt French when I get the chance, but that will be challenging, so if anyone fancies attempting it (or any other language), you’re most welcome to!