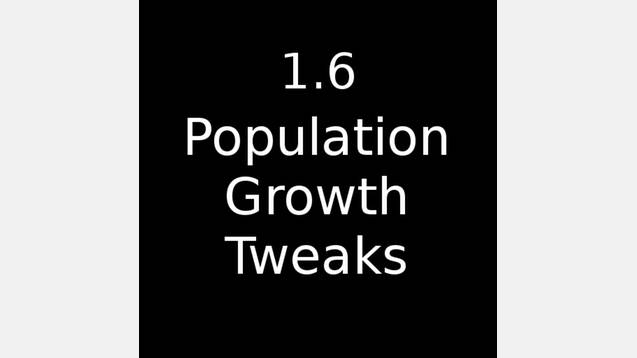 I felt that population growth in Banks/Utopia was ridiculously slow due to global food, compared to prior verisons.

This mod aims to fix that. Rather than putting population growth on a straight line, I’ve used the values in 00_defines.txt to put it on a slight curve, meaning that smaller planets end up having a niche in stabilizing growth rates if migration is allowed.

As a planet grows, it will experience a slight boom until about 16 population, after which it will slow a bit.

Example of what this mod does.[i.imgur.com]

There is still some tweaking to be done, and I welcome your feedback as to whether it feels too fast now.

This mod changes the following values in 00_defines.txt, and will not be compatible with other mods that do so: