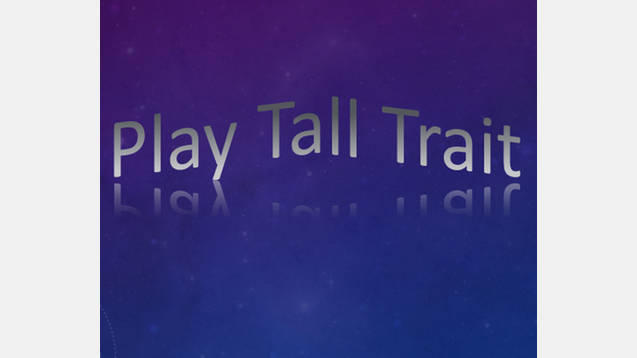 This mod creates a new trait that will allows both Human and AI to play “play tall”. Playing tall infers having fewer and more productive planets instead of a ton of mediocre planets.


Resource generating buildings. (e.g. Hydroponics)
Resource generating Unique buildings. (e.g. Power Hub)
Special resource spending buildings. (e.g. Xeno Zoo)
Planet and Country modifying buildings. (e.g. Engos Habitation Station)
Technologies
Unlocks for new buildings
2 Tech’s for increased fleet size. 1 is repeatable.
To Do:
Give Play Tall trait some modifiers
Create new buildings
Create new building upgrades
Create new technologies
Create new Spaceport modules
Fill out all the placeholder text
New/updated icons
Balance changes
Q&A
What game files have been modified?
Added weight modifier to tech_repeatable_improved_sector_cap and tech_repeatable_improved_core_system_cap to prevent these repeatable techs from showing up if the country has the Play Tall trait.
Where is the list of new buildings and technologies?
I have a spreadsheet of all buildings, their techs and their stats but it is not yet in a distributable format. In the mean time, there is a list of buildings in the top of my building file in the mod folder.
Why does the Play Tall trait cost 0 points?
The mod’s purpose is to give players another way to experience the game. Just think of not picking the trait as playing wide where you get to colonize a ton of planets and have limited building on them and picking the trait as playing tall where you get to colonize a few planets but have access to more advanced buildings. So I didn’t want to limit the mix and mash options that would have been more limited had I given the trait a cost.
Why don’t the building upgrades show up as actual upgrades?
This is a current limit to the building creation. If I want to do direct upgrades I’d have to edit each building in the core game files and I decided to avoid that for mod to mod compatability. I do have a work around I’m thinking of but it has not been implemented yet.
Give me more questions to answer!
I try to make my mods in ways that will have as minimal impact on core game files as possible to make them more compatible with other mods. But if you find a mod that doesn’t co-exist well with this, let me know and I’ll see what I can do.

Please ask questions, give suggestions, and rate if you like/dislike this mod.

Credit for icons goes to: Metaflare