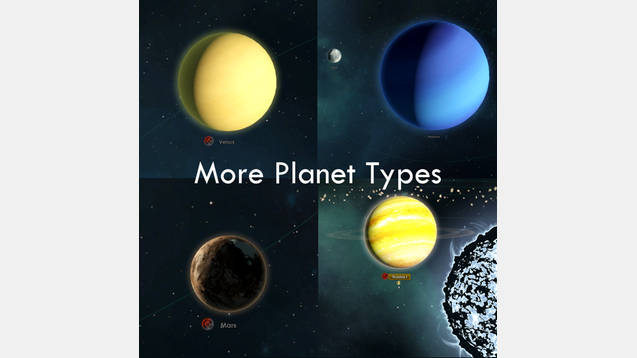 This mods adds various new planet types to make for more varied star systems, and a more accurate representation of the Sol System. Mars can now be terraformed!

The mod should be compatible with other mods that do not effect the following:
– Planet Types
– Generation of Sol and starting systems
– Star classes
– Tile blockers/deposits and planet modifiers
– Vanilla anomalies

The mod is currently translated into the following languages:
– French, by Tisoon
– Russian, by star
– German, by gss96

Suggestions for new planet types, and other changes, welcome!