Out There For Stellaris 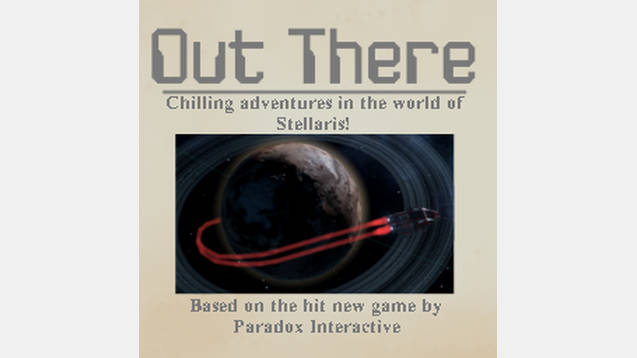 Out There For Stellaris

I’ve been playing stellaris since launch, including quite a number of individual games, and a few months ago, I started getting- bored. I’d seen almost all the anomalies, planet buffs, and Leviathans.

As an old sci-fi fan, I’ve always enjoyed the exploration of space, and the infinite potential of of what might be out there. I could have just programed a few more anomalies, but I’ve got the more events mod for that. Besides, I enjoy modding, writing, and I wanted to create something unique for people to enjoy.

So, I started programing my own mod, which adds-

-Three new starting systems- Sol (Moon), Sol (Mars) system, and Langrange System
-Sol (Mars) system- Earth has become a tomb world, but a few thousand colonists escaped to the still uninhabitable Mars, building a system of surface habitats that expanded until the planet is considered a Dome World. It can still, eventually, be teraformed into a more habitable planet.

– Sol (Moon) system- Earth has become a tomb world, but a large enough population survived on a moonbase to expand, survive, and convert the Moon into a Dome World.

-Langrange system- this thing still needs a lot of work.

All of the new stuff is fairly rare, and can provide unique advantages to whoever happens to possess it.

Be aware, this mod is still a work in progress. I won’t be breaking any of your saves with updates, but I will be improving the graphics on some of the planet modifiers. I promise! Also, I’d like to add more events and anomalies at some point.