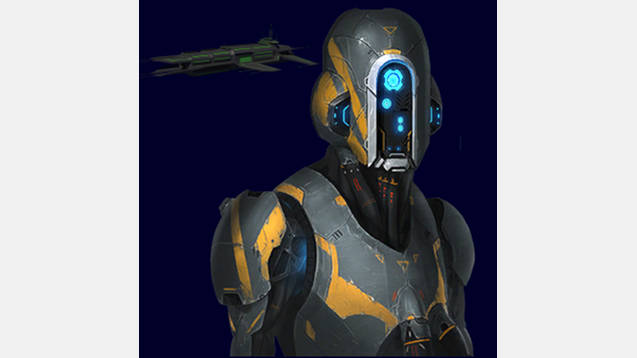 Networked Intelligence
Choose a network style by picking one of the four blue NI civics for democratic authorities.

Synthetic Networked Intelligence
“Biology is a means to an end. Organic matter is incapable, as far as we know, of fully creating what a species dreaming of networking wants. These innovations and ideas will change that, letting us truly become one.”
Robotic population that requires energy and must be build
Automatically integrates all robots into the network
Only synthetics can exists on special planet
Can auto-purge organics with the “Purge Organics” policy

Psionic Networked Intelligence
“Communication is key for every thriving civilization. Through these methods, we can maximize efficiency in communication by bypassing the material plane entirely, speaking only with our minds.”
Starts with “Psionic Theorie” tech
Can integrate other organics with the “Integration” policy

Cybernetic Networked Intelligence
“Biology and Ecology are simply parts of technology we previously considered to be completely different than Mechanical technology. Through these innovations, we can complete a melding with nature and technology.”
Population requires food and energy and reproduce naturaly
Can integrate other organics and robots with the “Integration” policy

Biologic Networked Intelligence
“Through evolution and later genetic modification this empire managed to transform nature into a fully fledged form of technology. To this specie nature is technology itself, it just needs to be harnessed.”
Can integrate other organics with the “Integration” policy