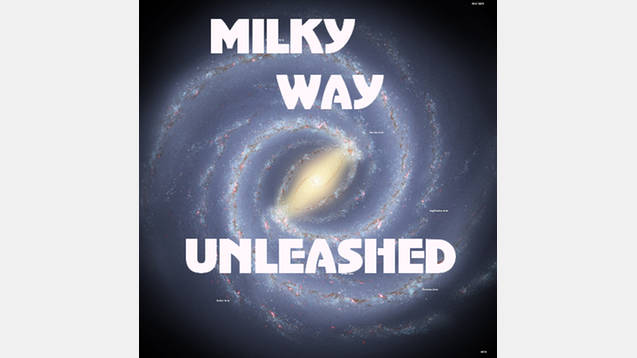 Milky Way Unleashed Version 2
(Compatible with Stellaris v 1.6)
Milky Way Unleashed is a static galaxy variation on the theme started in Sol Unleashed, which is intended for people who like to play as humans starting from the Sol system, and want to see lots of familiar star systems surrounding Sol.

IMPORTANT NOTE:
You must select the galaxy type ‘static’ before you will be able to see the map.

How to Play
At present, you can only play as humans. Select the Milky Way (Human) map, and select the United Nations of Earth. If you wish to play with the enhanced Sol initializer, then select the initializer called MWU Map: Sol. Note that you cannot select the number of AI. The game will automatically generate 22 AI for the map. You can edit the humans, but if you try to play with saved version of the race, it will likely not work.

Limitations
– You must play as humans. If you try to play as aliens, you will most likely spawn on an uninhabitable planet.
– You cannot vary the number of AI.
– The Commonwealth of Man is not yet enabled.

To do list
1. Allow for different numbers of AI.
2. Provide for playing as non-humans, and also as Commonwealth of Man
3. Enhance the map with other features, such as globular clusters, and different system types in the galactic core.
4. Local cluster map (around 1500 light years around Sol).
5. Produce a not-to-scale full galaxy map which includes nearby systems like Alpha Centauri and Sirius.

Compatibility:
The mod may be incompatible with mods that: change galaxy settings; change start up events; change prescripted systems. If people come across specific incompatibilities that they would like me to try to address, please let me know. You should still be able to play random galaxies as normal.

Terms of use in other mods:
At present I am asking people to contact me before using my mod in other publicly available mods. This is because I would prefer that people aren’t working on variations that I intend to make myself. If there are changes that people want to see, I will incorporate them into the mod, if possible. I can be contacted in the chat below or on the Paradox forums under the username ‘Lucre’.

If anyone finds any bugs; has any suggestions for changes/improvements; or wants to see particular star systems in the mod, please let me know.