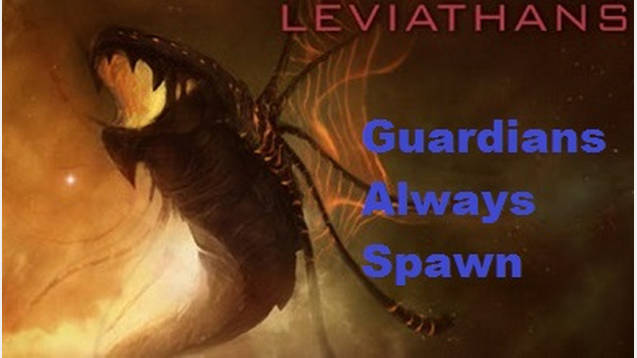 This mod makes it so that all of the guardians in the Leviathans story pack will spawn 100% of the time in every (medium or larger) galaxy.

Note: While there are several mods here on the workshop that do this, I created this mod becuase none of them do nothing but what this mod does, often editting the spawn chances of other things. I wanted exclusively guardian spawn guarantees, and not the other features those mods provided, so I made this.

Similarly, this mods does *not* guarantee the spawning of all three stations of each Enclave. The way it works in the vanilla game is that one of the stations for each enclave is guaranteed, the second station is guaranteed on medium or larger maps (what this mod does to guardians), and the third station has a scaled chance to spawn, but is guaranteed on huge maps, and 96% chance on large maps.

This mod supports 1.5.0, with or without Utopia, 1.4.1, and presumably (untestedly) all earlier versions post Leviathans.

This mod will not be compatible with any other mods that edit this file (generally, only other mods that change guardian and enclave spawn rates/spawn caps, including the other version of the Always Spawn mod).