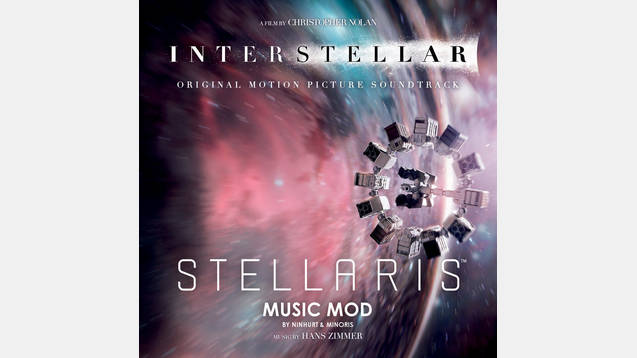 Enhance your Stellaris experience – This mod adds the soundtrack from the film “Interstellar” to the original Stellaris soundtrack. Works with other mods and compatible with update 1.3

Interstellar: Original Motion Picture Soundtrack is the soundtrack album to the 2014 film Interstellar directed by Christopher Nolan. The film score is composed by Hans Zimmer who previously scored Nolan’s Batman film trilogy and Inception. The soundtrack garnered critical acclaim. Prior to its digital release, it was nominated for an Academy Award and Original Score at the Hollywood Music in Media Awards. The soundtrack was released on November 17, 2014 via the WaterTower label.


A BIG thanks to Minoris for helping me bring this mod up to scratch! (compatibility etc).