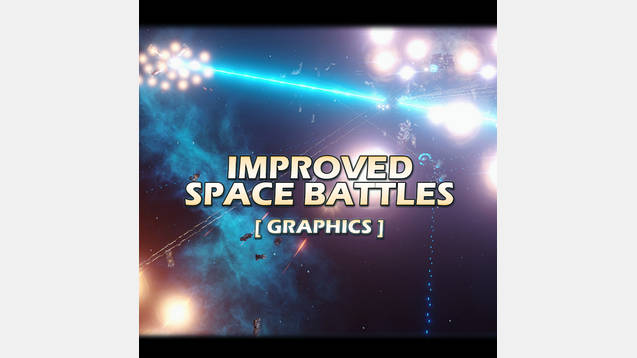 Improved Space Battles – expand your mid / late game with 5 new super-capital class ships, over 50 new technologies and 11 doomsday weapons – including planet destroying, star system destroying and anti-fleet super-weapons.
Compatible with Stellaris 1.6 and 1.7. Let me know if you find any bugs!
Improved Space Battles (ISB) attempts to improve both the visuals and gameplay of ingame Stellaris’s space battles. This is the standalone graphics portion of ISB and contains mostly cosmetic changes to the game’s weapons. It is intended for use with Improved Space Battles [Balance] which will modify the weapons/ships/gameplay to improve the mid – late game.

This mod does not change game balance and should be compatible with other balancing mods. It should also not affect your FPS much, if at all. Battles look better at fast or normal speed.

Ragnarok
Firing the Spear of Cassius