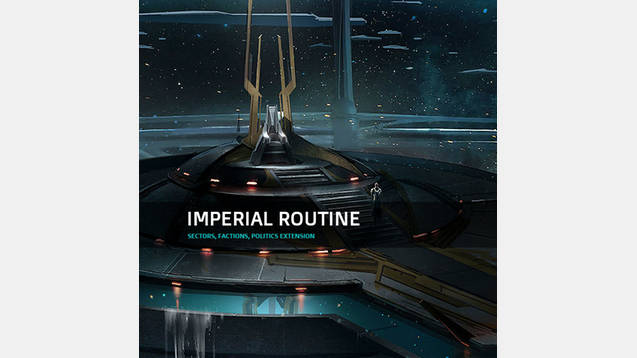 INTRO
At the beginning, this mod was actually planned as a few additions and changes to sector scope. But it quickly became larger and more complicated, than a several features. I really liked Stellaris from its first days, however, my previous experience from other global strategies was pushing me to the thoughts, what features could be improved and what could be added to make the gameplay even more attractive and deep.

That’s why my mod became mostly administrative-oriented, focusing on empire management and all related stuff, such a regional government system, leaders specialisation, sector governance and other things.

CONCEPT
There are too many nuance features, so I don’t want to list all of them right here. I’d rather concentrate on global stuff and move the details to separate article, where are gathered all of mod concepts. I want to make a tight review of Imperial Routine. However, if you want to see the big picture, please, follow the link below, there is a lot of useful content to read.

All concept and design content is gathered here: https://gitlab.com/stellaris/irm/wikis/concept

FEATURES
* Sector Factions
Now sectors will be represented by own political force, which has own interests, demands and issues and will affect the entire regions. As well, as faction leaders. Those governors generated for each faction and want to take a part in a political life of your empire and it’s regional subjects.