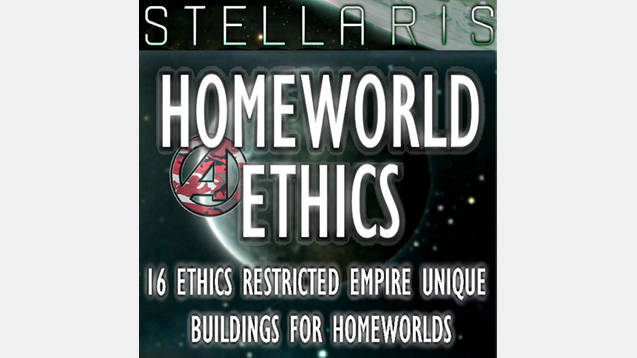 16 empire unique buildings for an empire’s homeworld.
Which can be built is based on the ethics of the empire.

Each fanatic ethic allows the player and AI to build both the fanatic and non-fanatic empire unique building on their homeworld.

Each non-fanatic ethic allows the player and AI to build only the non-fanatic empire unique building on their homeworld.

The AI tends to build these fairly early in a game as they have no tech prerequisite, have some production and are heavily weighted.

COMPATIBILITY
This mod alters no files in vanilla Stellaris so should be compatible with any other mod.