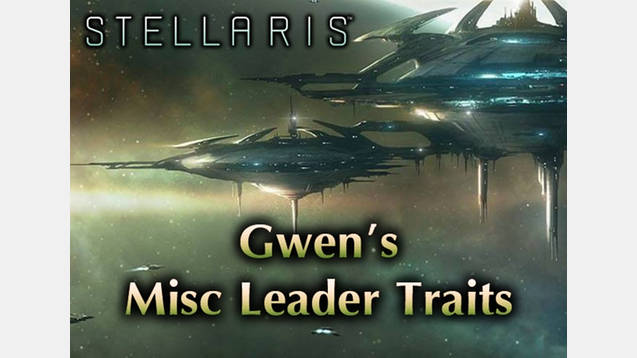 What This Mod Does
1.4.0
1) This mod adds leader traits of all kinds to help spruce up your leader pool. Many have inherent bonuses and penalties and others grant abilities the vanilla ones do not. I had to eyeball balance most of the numbers and I hope nothing is too op as I don’t want to dwarf the vanilla traits too much.
Click To View Trait List

Todo
Find someone to do icons. Fix descriptions.

Companion Mods
Tech Weights Addon
This mod is not yet updated. I could use help updating it.
Allowing traits to affect tech weights requires editing the core tech files. Doing this causes incompatibilities with other mods. For this reason I put the tech weight modifications as their own add-on mod as this mod functions alright without them.

Gwen’s Starting Techs
This mod adds over 60 traits that cover a lot of early game techs.

Credits:
We dont have any information about the author of this mod. If you are an author, please contact us or leave a comment below and we will add your credits.