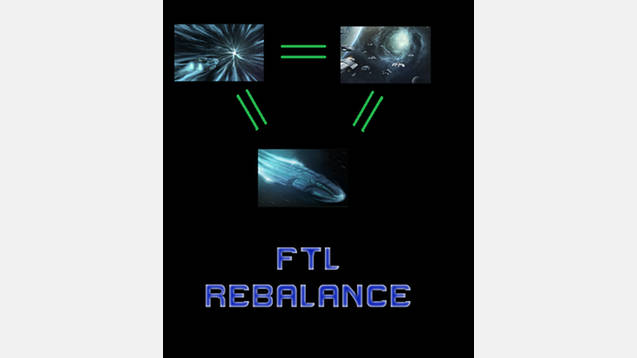 This mod aims to balance the starting FTL methods, so that none of them are explicitly better than the others.

These are currently the changes made along with comments explaining why:

Warp drives were supposed to be the “full freedom but slower than the rest” except most of the time they were just too slow, even with a Tier 3 upgrade to range.
The winddown also got decreased, because at max range warp the winddown time for max range warp is 40+ days and since higher tier warp drive research does not reduce winddown time, I find that completely riddiculous. Basicaly it would take you 120 days to perform 3 max range warps….WIth these changes, the winddown time at max range is 20 days.
Winddown multiplier for warping outside of your empire got removed as well, since I do not see any reason for it in the first place.

– currently no changes have been made

I currently do not think that hyperdrives need any change. They are faster and better to use than the rest, but fact that you are confined to predetermined paths gives the galaxy generator a lot of chances to kick you in the nuts. Also, other empires can simply wall you off at chokes.

Wormhole is basicaly the best FTL travel type for a long time. It was meant to be a very efficient way of traveling with the disadvantage of having to build wormhole stations and therefore restricting movement of your ships only to nearby systems, unless you got the economy to support multiple stations.
However, with the giant economy most players can pull off the station costs were negligible as you could basicaly litter them all over the galaxy to the point, where galactic environmentalists blockaded your homeworld.
Rather than nerfing speed or range, I went for changes that should turn Wormhole travel into what it was meant to be.
Your economy will mostly stay the same, provided you own only a handful of WH stations, however if you decide to start droping them all over the galaxy, be prepared to drop hell a lot of minerals and credits into them.