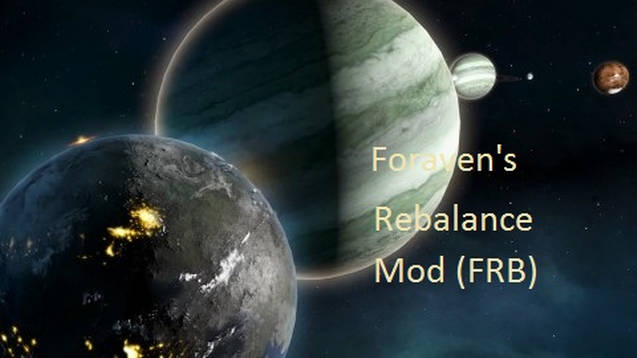 This mod is a standalone version of my new ship classes i first introduced for my FRB mod. This version is intended to use with the vanilla game thus has minimal changes to the game and tries to keep the main game balance (whatever it is :P).

Translations: English and French (other languages will have default english text for the new ships)

Modified files : 00_country_types.txt (unfortunately could not avoid it to have the AI build the new ships)

*New ships have their own technologies. Once you have the adequate spaceport technology the new shipclasses will start to appear. They are rather cheap as they are not fully new ships but variant of existing ones.*

Recon
This is a corvette variant with much better sensors. It is lightly armed, cheaper and faster to build than normal ship. It is poorly suited for combat.

Heavy Corvette
This variant of the corvette has better firepower, shield and armor than the base version at the cost of being slower in combat and more expensive.

Light Corvette
This variant of the corvette is a glass cannon; it sacrifice armor and shields for better speed, evasion and being easy to build and replace. Quantity has a quality of it’s own.

Light Destroyer
This variant of the destroyer is lighter, cheaper and can be build by a spaceport one tier less than other destroyers.

Gunship
This is a variant of the destroyer that doesn’t use any small mount guns, thus no PDs. On other hand, it has bonuses to firepower, armor and shields. It is slightly slower in combat and worst evasion than normal destroyer. It’s role is to act like a pocket battleship.

Escort
This is a destroyer variant focussing on light mount weapons, best used as fleet defense against missiles and strike crafts. Has accuracy bonus to it’s gun, extra utility slots but shorter range.

Light Cruiser
This variant of the cruiser is lighter, cheaper and can be build by a spaceport one tier less than other cruisers. Weaker than standard cruiser.

Battlecruiser
This variant of the cruiser focus of firepower; the destructiveness close to a battleship with the agility of a cruiser. Has fewer utility slots, doesn’t have light mount weapons or carrier capabilities but is slightly faster.

Heavycruiser
This variant of the cruiser focus on staying power; It has the normal firepower of a cruiser but a durability closer to a battleship. Has extra utility slots, but worst agility than a typical cruiser.

Carrier
This cruiser variant has extra slots for strike crafts but less utility slots and cannot use heavier weapons.

Light Battleship
This variant of the battleship is lighter, cheaper and can be build by a spaceport one tier less than other battleships.

Dreadnaught
A variant of the Battleship that focus on firepower. Has few light mount weapons, do not carry strike crafts or has any auras. Has bonuses to firepower, shields and armor and is slightly faster.