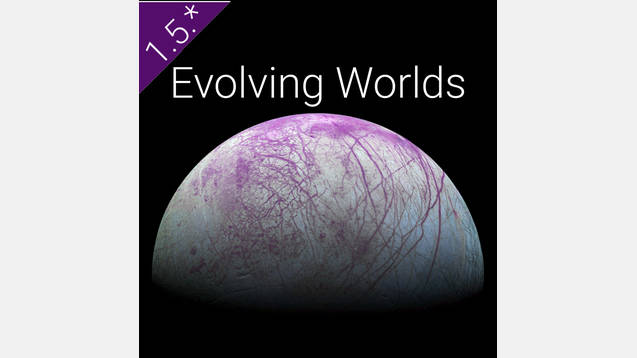 Evolving Worlds lets planets specialize and grow organically as you play. Colonized planets will gain modifiers based on what they become known for, and their bonuses will increase over time. Planets might grow into Breadbaskets that feed your empire, Advanced Academies that train skilled leaders and much more!

This mod aim to make midgame a little less boring, and give you more strategic choices during the game. Fight to claim special worlds from other empires, and protect your own. Dump resources into specializing planets manually, or pushing development. We hope you enjoy!

Pretty much rewrote the mod from scratch for 1.5.1 Banks.
Worlds start getting development points 10 years into the game, or after your first colony. Whatever comes first. Your first level 1 world should be 5-10 years past that, depending on expansion rate.
Colony modifiers to be moved to separate but compatible mod package, to keep things focused
Next Update

Polish and add better icons, event text and modifier descriptions
Add Prision worlds and Robotic Sanctuaries
Add sorting criteria for stage 2 and 3 worlds
Something else I think is interesting