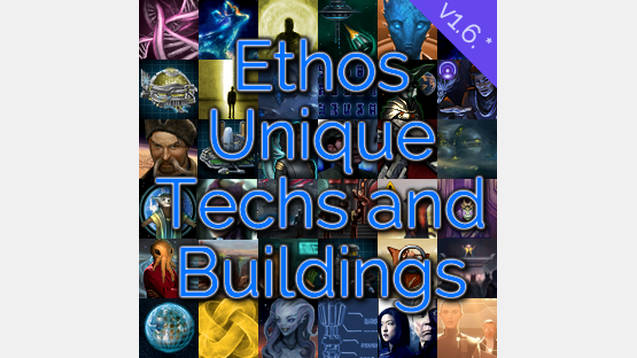 ########################
Compatibility Warning:
This mod replaces 00_buildings.txt which is the only way to add upgrades to vanilla buildings. If you are using a mod that replaces this file you will run into conflicts using this mod.

Development district in, Symbols of Unity are now ringworld and habitat exclusive.
Pop Growth Modifiers fixed, modifer numbers adjusted.
Battle Praxeum Buffed with new outputs to match Mil academy, upkeep increased as well.
Project Support Lab – build time bonus dropped to 1% to account for the new masterbuilders perk buff
The Civic Citizen Service now provides +2 Unity to the Mil Academy and +4 Unity to the Battle Praxeum. It’s a bit outside the scope of this mod but I’ve always wanted to play with that civic unfortunately its current 15% naval capacity was a joke so I’ve added this to it.
Fixed the Alien District being avaliable for research despite not having the right diplomacy tradition.
Ethic&Government Rebuild Patch has been updated and is linked above.
Latest Update: Ethos/Perk Pairings

Ethos unique techs are back in again. This patch brings in an additional 82 techs, all gated behind perk and ethos combinations. Assuming you unlock every perk in a game it should mean an addional 15-18 techs in a single game (not counting the additonal government edicts and planet unique building techs already added). Each perk now grants access to the associated ethos’ tech, with a limit of two techs per perk being avaliable. Each Added tech is marked with a gateway icon when you get it as an option.

Once you complete research on two techs associated with a perk you will not be able to research any of the other techs of that perk should your ethos change or if you are playing a three ethos empire.

Opposite ethos techs of the same perk are always locked out. The only exception to this is the materialst/consecrated world tech. Because if you’ve made the effort of turning your psionic’s materialists, or your Robots holy I’m not going to punish you for that.

There are also 5 shared techs that become avaliable under multiple conditions. While these are gated behind perks they do not count toward the two perk limit. These shared techs are also marked when you have the option to research them.

Hives have been given a big boost as well with their own set of perk/tech combos and 5 new focus edicts. Two are granted at the beginning, only one Hive Focus can be active at a time and it provides a moderate boost to one aspect of your empire. This was to give hives some extra flavor as they miss out on the government type edicts and fanatic planetatry edicts.

I also redid the arcology icon to something way better based off the old icon and fixed an issue where you could research the grand hatchery without having xeno visitor centres unlocked.

Alot of time was spent changing and rebalancing techs this time around, if you guys think anything is too OP at the moment post below and ill nerf it. Otherwise if you should (or shouldn’t) be getting a tech and it’s not working post below, there are alot of blocked techs so something could have been missed.

Balance for Fanatics – Currently going wide ethos wise is a bit more rewarded in this mod, which I don’t really like. Added techs will focus on unlockable benefits like new army attachments, edicts, ship components, spaceport modules and possibly some building upgrades as there are plenty of modifer techs in the mod already. It might be a while before a get around to this though.
Better Icons – A few building icons are a bit average, ill be replacing some of those (Project Support lab, some of the older empire unique buildings, Sub corp R&D tech).
Finally a set of techs in the Genetics/machine/psionic path have been planned out and a few finished but they arent a priority until I can find a good balance for fanatics.
########################
Ethos Unique Techs and Buildings
This mod is intended to be an expansion to the vanilla game and provide more unique content for different playthoughs. It adds over 100 new technologies, edicts and buildings to the base game. All of which have been done in a style as close to the game as possible, usually using game assets as a source. With the focus on replayability on average only 20 of these will be avaliable in the average game. All new components have their own flavor and description text.

The Mod is broken up into several sections:

General Perk Techs:
These are perk specific techs that apply to all ethos and are accessable in any game given you have the correct ascension perk unlocked.

Ethos Unique Planet Structures:
Ethos Unique planet structures exist as upgrades to the Symbol of Unity, the new Development District or as replacements to the alien visitor centre. This is to avoid too much building spam in the build menu. They require the correct ethos to research and to build. If your ethos should change midgame the option to build an unlocked structure will disappear and a new technology will become avaliable depending on your new ethos. Existing structures of the previous ethos will remain untill they are demolished.

Government Authority Edicts:
These are perk specific empire edicts that apply to all ethos and are accessable in any game given you have the correct ascension perk and right level of government authority. If you change government authority mid game you may lose access to the edict unless the new authority level has a path to get the same edict (either though the same perk or a different one). If your new government is able to get the perk it remains avaliable (and wont have to be researched again).

Hivemind Unique Technologies and Hive Focuses:
Hiveminds get a short technology tree of hive focuses that ends with an additional civic slot. These Focuses are empire level edicts of which only one can be active at a time.

Ethos Unique Technologies:
A set of 7 to 9 additional techs have been added for each ethos and gated behind the ten minor (non-exclusive) Ascension Perks. In any game two of these perks are avaliable for research, once the second tech is researched from the same perk the remainer techs gated behind that perk will be locked for the rest of the game. Each tech is clearly marked to show which perk it is attached to. Some techs can be attained multiple ways and are marked as shared techs. They do not count toward the two tech limit.

If you run into any bugs or conflicts please leave a message below, thanks and enjoy.