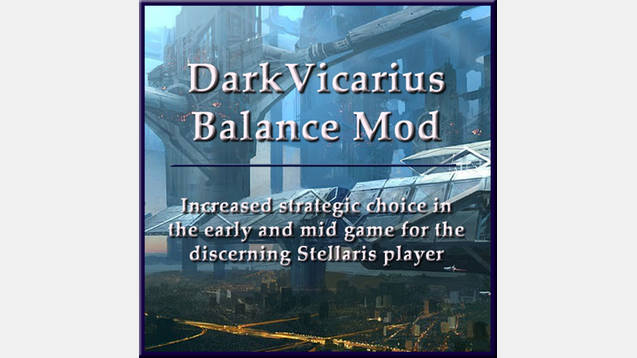 Self-Sufficient Enclave
– Upgrade for the Commune buildings. Costs Influence but increases the yield to 2 Food, 2 Energy, 2 Minerals, and removes the building’s upkeep.

Welfare Center
– (Empire-unique) Expensive structure that provides +1 Influence and +5 Society research, but at the cost of Food maintenance

Wonders & Planetminds
– Each empire can build 2-3 unique “national wonders” (one for each different Ethic they have). Each wonder provides a UNIQUE and EXTREMELY powerful effect, depending on the associated Ethic.
– Hive Minds (which don’t have any ethics) can instead build Planetminds to specialize their planets with similarly powerful bonuses.

In addition to adding the above items, this mod greatly increases strategic depth in the economic portion of the game. It changes many costs and values for buildings, tile blockers, stations, armies, and so on to make it a lot more challenging, engaging, and rewarding to build up a good economy. It makes early warmongering come at a greater cost to long term development, and it creates more interesting decisions of when and where to spend your food, energy, minerals, and influence, particularly in the early-to-middle game.

Additionally, it greatly increases the hitpoints of spaceports and military stations to create the opportunity for attrition warfare and static defense.

The mod also makes the AI more competitive on Hard and Insane difficulties. For solo play, Hard is recommended. For co-op, feel free to try Insane though you might get slaughtered.

This mod will continuously receive updates as gameplay evolves and official patches are released. Feel free to provide feedback or suggest changes, and please give it a thumbs-up if you like it!

—
Mod versions 1.0 – 2.4:
– changed costs and maintenance of buildings, fleets, spaceports, colony ships, etc. to provide a much more challenging early-to-mid game development curve
– defensive stations and spaceports are now formidable obstacles against enemy fleets
– roaming space monsters (crystalline, drones, amoeba, pirates) are stronger
– significantly increased starting stockpile of energy, minerals, and influence
– tile blockers are more varied and impactful, and they cost lot more energy and sometimes food to remove, but much fewer minerals
– leaders cost more to recruit and are slower to level up, but their experience gives more powerful bonuses – makes long life for leaders a much more useful trait
– improved the bonus effects of all Strategic Resources (garanthium, orillium, engos, pitharan, etc)
– NEW Buildings! – see above
– NEW Spaceport Modules! – see above
– Reworked the mod to align with the new Banks 1.5 features
– Added five unique Planetminds (wonders) that a Hive Mind empire can build. Each planet can only have one Planetmind. This makes up for Hive Minds not being able to build ethics wonders.
– Added Orbital Teleporter unique building (see above)
– Updated the mod for game version Adams 1.6
– The new buildings are now unlocked by various new technologies rather than always being available. These technologies, in turn, provide some extra side benefits to your empire
– The new spaceport modules now require technologies to build. A Military Theorist in Society research will help unlock them faster
– Magistrate building is now stronger

Mod 2.5
– Removed the tech prerequisites of Megastructure-related Ascension Perks. Now, all you need to unlock them is Unity
– Habitats now cost Food instead of Minerals to build
– Reworked the old Pioneer Enclave buildings into the new Communal line