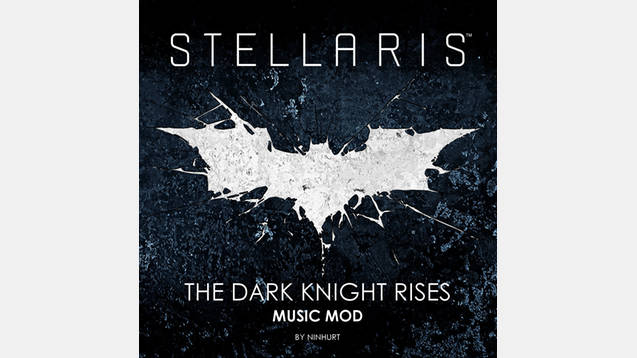 This mod adds the soundtrack from the film “The Dark Knight Rises” to the original Stellaris soundtrack. Works with other mods and compatible with update 1.2.3
The Dark Knight Rises: Original Motion Picture Soundtrack is the soundtrack to the film of the same name, the sequel to Christopher Nolan’s 2008 film The Dark Knight. The soundtrack was released on July 17, 2012. The CD edition of the album contains an exclusive code to unlock three bonus tracks, titled “Bombers Over Ibiza (Junkie XL Remix)”, “No Stone Unturned”, and “Risen from Darkness”. Two additional bonus tracks, “The Shadows Betray You” and “The End”, are digital-download exclusive tracks. The soundtrack was officially released online for streaming purposes on July 10, 2012.

Track List:
A Storm Is Coming
On Thin Ice
Gotham’s Reckoning
Mind If I Cut In?
The Fire Rises
Why Do We Fall?
Death By Exile
Imagine The Fire
Necessary Evil
Rise
The Shadows Betray You
The End