The Brunai Imperium For Stellaris 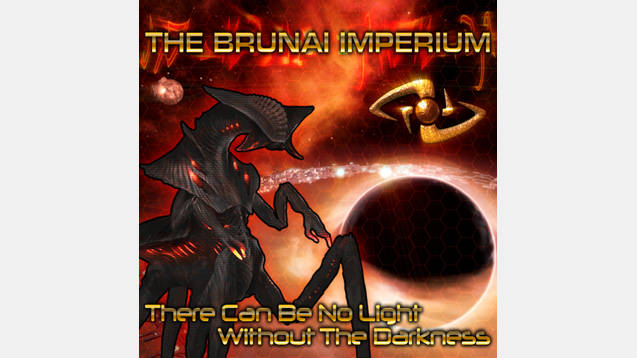 The Brunai Imperium For Stellaris

The Brunai. They appeared on the scene from seemingly out of nowhere. From the ashes of obscurity their dark and long-dead star appeared, and with it, a giant ringed world on which they have lived for countless eons. Little is known about the Brunai. They do appear insectoid in nature and it is believed they must come from elsewhere, but where precisely it is not known. These dark creatures are bent on the resurrection of their species to their former glory. Believing true power comes from the evolution of chaos and struggle, war is their constant companion.

“The Shift is complete. We have left behind those who would not accept The Gift; the gift of chaos, the gift of turmoil, the gift of evolution and progress. Before this it had been a million years since we had been driven from a place so completely. Only one warship from the Great Dark Legion survived to make the shift with us. The great ring, though intact and repaired, suffered greatly at the hands of those who would not accept The Gift. With much of our knowledge lost we must return to old ways and old science to begin again. We will bring The Gift to this place and all who inhabit it; as it has been since the beginning so shall it be again.”


Dark Energy Lances
Neutrino-Ion Beams
Dark Matter Projectors
Hyperspace Tap Power Cores
Bio-Organic Hull Armor and Strengthening
Unique Strike Craft
Planet Killers
And more!
The Ultimate Weapon
Take control of the Brunai’s ultimate weapon, the Planet Killer. This immense weapon-ship is capable of devastating or completely destroying entire worlds! Tired of sewing chaos by conquering those beneath you? Why not cut a swath of destruction through the galaxy leaving nothing but shattered worlds in your wake? Of course, there are always diplomatic consequences to these actions, but do you really care?
Unique solar systems spawn through the galaxy
Vorlan System: Can you defeat the guardians left by the ancient and all-powerful Vorlans? If you can, their ancient home world lies before you ready to join your empire. But be weary, defeating the guardians isn’t the only test you’ll face if you attempt to colonize this powerful world!
Ring Of Fire: Will you brave the ring of suns to find the treasures or travesties on the outskirts of this colossal system?
And More!
Custom Events
Custom events trigger throughout the game, in your darkest hour you may even find help from long, long ago.
Custom graphical culture, name list, personality, sounds, and appearance
New and unique planet classes
And so much more!!!
Special Credits, Thanks, and Inspiration
The Babylon 5 Television Series[en.wikipedia.org] New Ship Classes & More by CaptainX3
The Terosian Empire by Borei
More City Types and Ship Skins by Jay
Technical Details
This mod overwrites the following default game files:
(NOTE: Other mods that also overwrite these files may not be compatible)

Designed to work with:

New Ship Classes & More by CaptainX3
* Flag background colors can only be defined in colors.txt and cannot exist across multiple mods. For this reason, this mod contains an enhanced color choice suite.