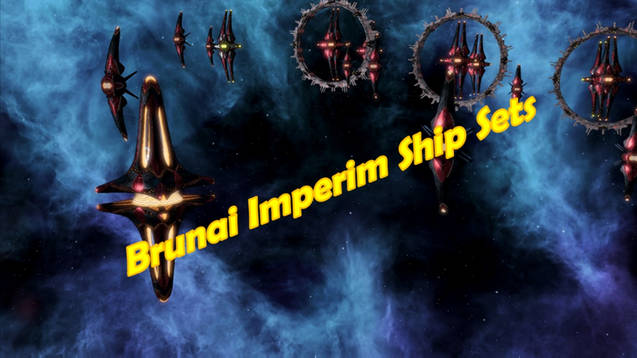 Originally intended to add as a Brunai Imperium rework content, however since someone already made a reworked mod, I decided to made this as a ship sets to everyone, as per my other ship sets.

In the original mod, there’s no titan model, hence to preserve the spirit of the Brunai Imperium mod, this mod doesn’t include titan in any way, there’s only Fallen Empire Escort and Battlecruiser model.

Also, if you have Battleship Brainstorm mod and Overloaded Command Ship mod, the command ship and battleship mk0 has their own model instead of vanilla ship model.

You can use this mod as the Brunai Imperium starting ships, of course you also can use it as vanilla ship sets.