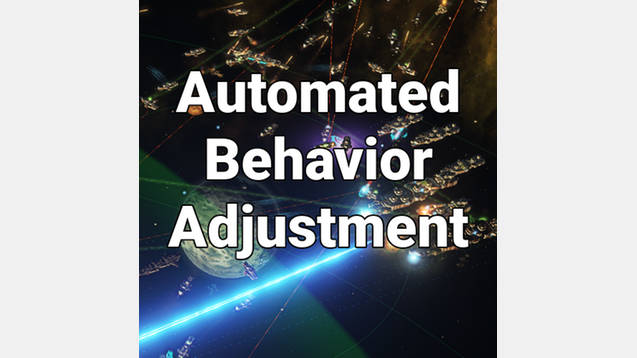 Corrects combat behaviors to something more realistic.
Please test, review, and let me know how it works. I desperately need detailed feedback.

Compatibility
This addon has been endorsed by a frighteningly large number of the top addon authors on the workshop, including NSC, Realistic Ships, ASBM, and TFW’s BOSP.

This mod is 100% compatible with all other mods. Not just the ones mentioned above.

It’s a good companion mod to ASBM. This mod will fix any ship that does NOT use ASBMs behaviors. That includes the AI, and all ingame non-standard empires and ships. When you equip the “Non-AI” computer on your ships, it overrides this mod.

What’s going on?
Some time ago I spent some effort documenting the technical details[www.stellariswiki.com] of Stellaris’ ship behavior.

It was during this endeavour that I realised whoever implemented the ship behavior changes for Stellaris 1.3 and later can not possibly be the same person who created the system initially. And whoever created it initially has not documented it for the new developers at Paradox.

This mod represents (what I’ve concluded is) the least intrusive, most cross-mod compatible way to fix it.

It is compatible with all addons.
It fixes ship behaviors across any installed addon that adds ship types
It has no user-facing interface or ingame representation, but works completely behind the scenes.
The mod is experimental, in the sense that I don’t actually play the game that much. I merely make addons. As such, there’s a limited set of scenarios I can test reliably.

1. Ship targeting
Vanilla ships that equip Torpedoes, XL weapons, and some few others, will actually never attack non-vanilla (addon/mod) ships on purpose until all vanilla ships are dead.

There are obviously many scenarios where they will fire on non-vanilla ships, but at no point in a battle – while vanilla ships are alive – will these be their main target.

(Some addons “fix” this by overwriting the vanilla weapon files to add in their ship types as explicit targets. That sounds like a sustainable solution, right? I am not blaming them, it’s obviously the solution Paradox intended – it’s the solution they use themselves, after all. One issue with this is that only one installed mod can overwrite a vanilla file at a time. But that’s not the only issue.)

Possibly the most obvious example of this is if you take a fleet of vanilla ships + Dreadnought from Realistic Ships to fight the Stellarite Devourer. It will simply never fire at the Dreads until the vanilla ships are dead. This is, as far as I have found, the best test scenario for this behavior. But it is – in fact – present in all fleet battles.

Another obvious example of completely broken behavior is the large Pirate Galleon that sometimes spawns. It will relentlessly kill your ships reliably in size order, from small to large. This is due to another issue than the one described above, but I’ve fixed this as well.

2. Movement fluidity
When vanilla fleets engage eachother, their movement is horrible and jagged. This can be fixed slightly by increasing formation scale and other tricks that NSC, ISB: Graphics, and other addons do. This mod makes it even smoother.

From limited testing it seems I can’t make it smoother than what the addon currently does without overwriting more vanilla files that are commonly touched by other addons. But frankly this is not the main priority of the mod.

Corvettes will charge into combat, focus any target they find, and when they see a large ship with all shields depleted, they charge and kill it
Destroyers try to stay in the middle of the battle field, picking off low health targets
Cruisers unleash their firepower on any ship not focused by Corvettes or Destroyers, mid-range, and try to help other ships finish off their targets
Battleships stay in the back (but not as far back as vanilla), and fire on targets that no other ship is firing on. This results in them most of the time focusing the targets furthest away
As a player, what’s worth knowing is that most addons (NSC, Realships, etc) that add ships already map (assign) their ships to one of these four behaviors. And if they do have their own behavior defined, which is exceptionally rare, this addon will not interfere with them at all.

Specifically, what did I do?
The problem is mostly to do with something Paradox calls component_target_weight_mult. Whenever a weapon (yes, all weapons pick their own targets) wants to pick a new target, it runs through a list of score bonuses and penalties. This list is extremely limited, and hard to work with. But in 1.3, Paradox added some new behavior (target_weight) to the XL and Torpedo slots that completely overrides this behavior, using component_target_weight_mult.

This addon prevents that entirely. Overriding their explicit-case override.
If you’re an addon author, it means this mod makes ships ignore target_weights you set in your weapon components.

I could go on, but that seems like enough for now. Read the wiki, and my Aggro! computer addon code if you want to know more. I also wrote an article on the PDX forums that I have linked from my Aggro! workshop description.

Please let me know if you have any comments, questions, or suggestions.

If some other mod overwrites these files before us (the first letter in their mod preceeds “A”, for example “!” and “(“), this addon will have zero effect – negative or positive. It will simply not load.