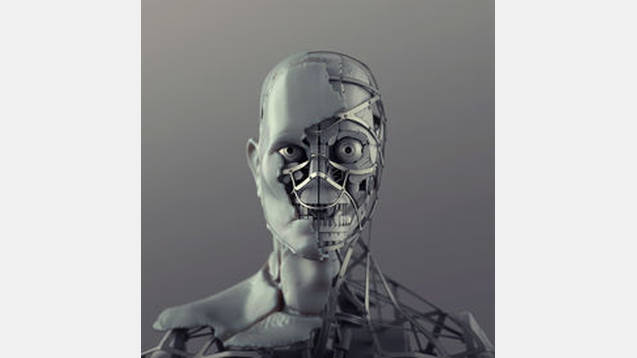 Creates a policy which, as long as it’s active, makes the lowest bidder from the private sector keep mass-producing robots at a discounted price. (Still 50 minerals, only 100 energy credits.) When a full pop of robots has been built (about once or twice a year), it’s sent to some random planet which has a tile with either a building, or energy or minerals not being worked.

IF you’re playing a synth empire with the Playable Robots mod or Synthetic Empire mod, then a member of your species will be built. Otherwise it just builds whatever robots your tech level allows.

Which is really why I made this: sector governors don’t build more robots, no matter how many credits and minerals you give them. So after trying in vain to reason with my governors, I went, in my best Bender voice, “Screw you, guys! I’m making my own robot factory! With Blackjack! And hookers!” Err… I mean, I made a mod that does.

IF you play a synth species with the Playable Robots mod or Synthetic Empire mod, you don’t need any special techs to build more of your own. Otherwise, you’ll NEED to have researched robotic workers, or in spite of your standing bid, nobody knows how to make any.

If you don’t play a robot species, you SHOULD build a robot pop manually before activating the policy, to make sure that the robot species is properly initialized.

The robot populations don’t go through a grow phase. The policy assures your private industry that you’ll just buy them when they’re fully built, so this is what’s going to happen. When they have a billion robots built, your government auto-buys them, and they get sent somewhere on a planet you own.

Note that YOU pay for the robots, not the sector governor, so it doesn’t mess up their finances. But who gets them, well, is a matter of personal relations and bribes on the governors’ part ???? They might come to your capital planet, they might go to the sector you didn’t want to grow, or anywhere else.

The planet HAS to be colonized and have a repurposed ship shelter or capital building of some sort. So if you just demolished that, well, the robots will go somewhere else.

It also HAS to have a tile that needs working, because it has resources or a building and no pop on it. If you have only empty tiles left, well, you can consider building some building first, and waiting for a robot pop to come work there afterwards.

If it doesn’t find a suitable place to build a robot pop, none are built, so you don’t pay for it either.

The mod also has a failsafe in that no robots are bought if you have less than 500 energy and 250 minerals, so it doesn’t bankrupt you. (Especially since if your energy hits zero, everything would stop. And I don’t really want to do that to you.) But otherwise the government bureaucrats don’t know your plans, don’t care and show no mercy. If you know you’ll run a defficit (e.g., because you just ordered 10 colony ships built), please consider manually turning the policy off until you can afford robots again.

Finally, note that you can also build robots yourself, the normal way. Obviously. I don’t disable the normal building.

If you want to know the exact numbers, read on. If not, you can just skip this.

1. A planet is OWNED by you, if it’s a part of your empire and has a fully functional colony on it. That means, it must have at least 1 population unit (robots do count) and it must have some kind of capital building on it (reassembled ship shelter, or planetary administration, or whatever. It doesn’t have to be staffed, it just has to exist.)

2. A planet QUALIFIES for a robot purchase, if it has at least 1 tile that has a building, minerals, energy, or science resources on it, and no population working it. Food tiles do NOT qualify for auto-purchase, unless they have a building on them, e.g., a farm.

4. On the AVERAGE every 5 years (60 months), every OWNED planet that QUALIFIES will request that the government buys it some robots. If you actually have enough funds, they’ll get the robots, and you get to pay the bill.

5. On the AVERAGE once a year (12 months) a lottery is held, where a random OWNED planet that QUALIFIES is chosen as this year’s lucky winner. (That is, IF there are any planets that need a robot.) The government buys it a robot pop, and you get to pay for it. If no planets need a robot, then none are bought this round.