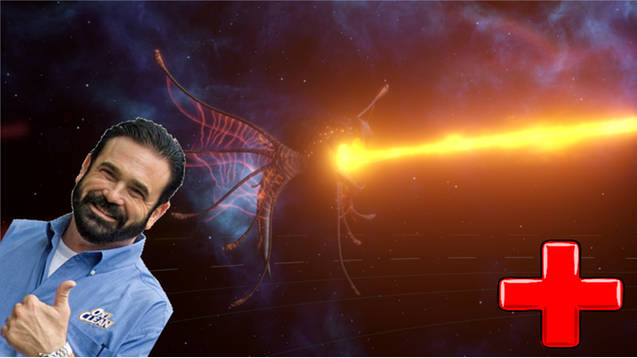 (Should also work with 1.5,1 and down, but don’t take my word for it. It looked like they changed quite a few things in the file; but mostly something about adding empire flags to each of them).

Features:
-All Leviathans have had their spawn rates nulled, meaning, theoretically, they have 100% chance of spawning.
-Fire Drake spawn rate increased to 3, as lets face it, the Fire Drake reward can be pretty lame.

Description:
This is an extremely simple and amataur mod written by a guy who knows nearly nothing about coding…

But I followed a tutorial so that totally makes everything better.

Nonetheless, this mod in the most simple summary makes it so in every game, no matter the map size, all of the main Leviathans (Enigmatic Fortress, Ether Drake, Automated Dreadnought, and Infinity Machine, etc.) will ALWAYS spawn.

WARNING: I am not sure if event-triggered Leviathans spawn as well. But I nulled their spawn rates too so theoretically they should spawn.

-This includes the Dimentional Horror and other leviathans that require a blackhole. It seems the prerequisite of such prevents forced spawning to work 100% of the time.

Story:
So I spend $10 for a awesome DLC that adds epic space monsters, start a new game, and boom… only two of them actually appeared in the whole game.

So I searched the workshop far and wide in search of a mod that would fix this, allowing me to kill all of the leviathans without having to start a new game. But I could find nothing…

So I googled a tutorial on how to make a mod for Stellaris, and in about 15 minutes I scrapped this together. GG me.

Compatiblity:
-Nearly everything that does not edit the “guardian_system_initializers” file.
–This means the popular mod, New Ship Classes & More, is no longer compatible; as they edit the file to have the system of Leviathans always spawning being internal system (you can choose at what percentage/chance they spawn).
-Mostly compatible with mods that add more galaxy sizes, although at smaller than “Small” galaxies, you may find one or two of the Leviathans missing.
-Compatible, as far as I can tell, with and without the Utopia DLC.

Please do tell me if you are finding that one of the Leviathans listed above are not showing up (I cannot seem to get the Wraiths to work with the spawn system, which is a bit odd), as it may mean that all my testing was just luck and that the mod is not actually working… in which case I may look for another tutorial, or just modify my actual files and cry in a corner that I wasted those precious 15 minutes.

Disclaimer:
It has come to my attention that there is already another mod that accomplishes the task of ensuring Leviathans spawn. However, I did not know of it until it was brought to my attention BECAUSE it is primarily and originally made for ensuring SANCTUARIES spawn, not Leviathans. He/She/They only added Leviathan spawn rate as an extra after the update came out.

You can find that mod by searching for “Unique Systems Spawn 100%.”